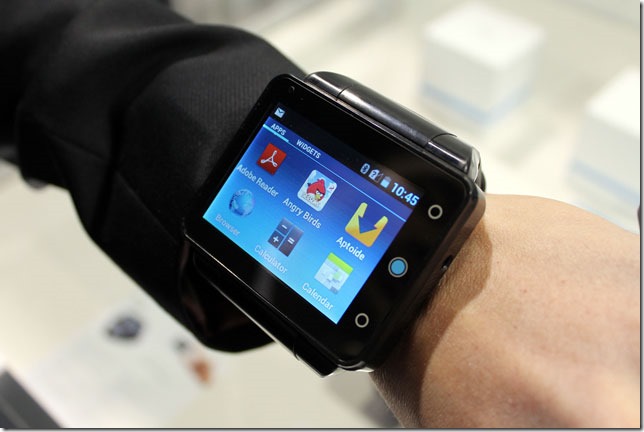 If you’re one of the kind of people who don’t like Pebble’s blockbuster Pebble smartwatch, and want your smart watch with as many features as possible, then probably the Neptune Pine running on Android 4.1.2 will be your next purchase.

Unlike the Gear or the Pebble, the Pine is massive, literally. That is mainly because of the 2.4″ touchscreen display with resolution of 320 x 240 pixels. It’s obviously a color display, accompanied by 3 capacitive buttons and a VGA front-facer (along with an LED Flash).

Under that display, you will find a 1.2Ghz dual-core SnapDragon S4 processor, 4 GB RAM and an 800mAh battery lasting up to 120 hours. Storage capacity is set at either 16 or 32 GB non-expandable.

At the back is a 5 megapixel camera with LED Flash and 720p video recording. Being an smartphone trimmed down to the size of a smartwatch, there is a microSIM card slot onboard, supporting 3G. Other connectivity means include Bluetooth 4.0, GPS, 3.5m headphone jack and Wi-Fi.

Running full Android 4.1.2 Jelly Bean, the Pine comes with the official Google Play app, which means it’ll be possible to run Angry Birds or Candy Crush Saga on the thing. The watch is also IP67-certified.

All this might be sounding very well but the price might eventually turn quite many people off.

At $335 for the 16 GB model (and $395 for the 32 gig version), it’s not a lot more expensive than the Galaxy Gear (on retail for $299) but still lands squarely in the smartphone territory, despite arriving from a company whose name you probably haven’t heard yet.

To buy this thing, you have to ask yourself whether you really need a full-fledged smartphone or a stand-alone device for your wrist at all. The Pine will be released in March.

Check blow the comparison of Neptune Pine with other Smartwatches of the time. 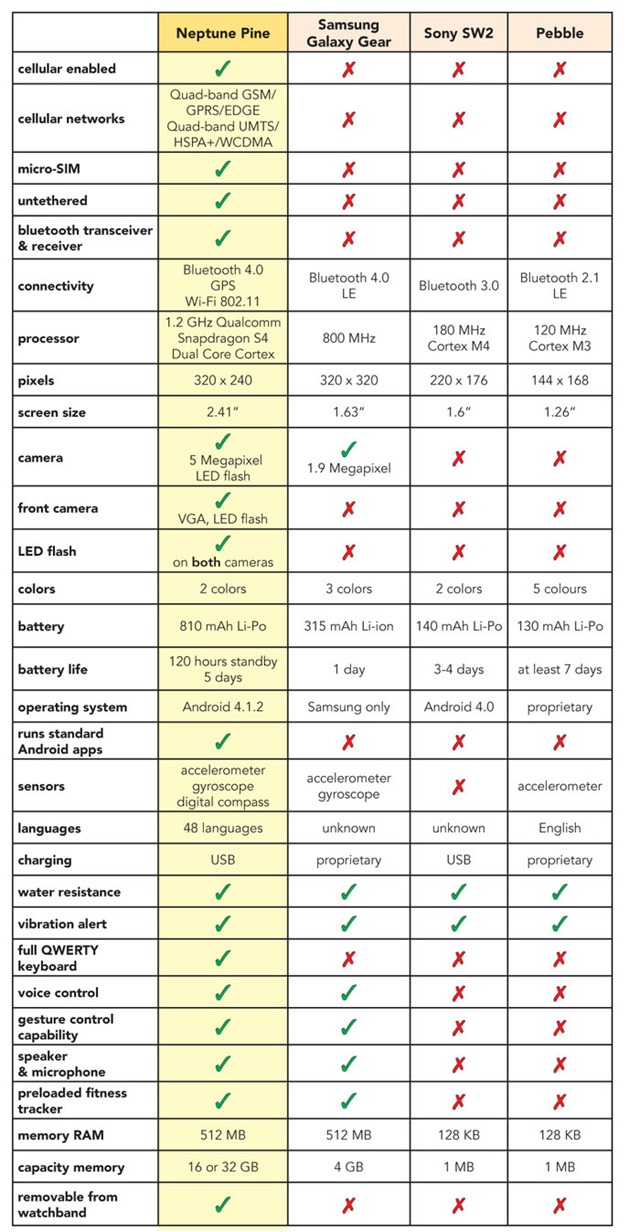