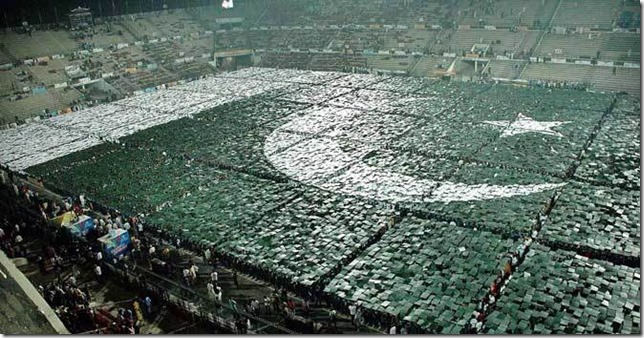 It is a widely established fact that broadband infrastructure contributes towards economic growth of a country and notable amount of job creation.

This whole proposition resulted into mere 2.9 million broadband connections in last one decade against 125 million cellular subscriptions during the same duration.

With upcoming 3G spectrum auction a large population will be able to transition towards broadband services through high-speed wireless data networks. This is a trend that is followed in various markets, have a look at below table:

A recent report by Plum Consulting anticipates that Pakistan is set to achieve at least 10 percent broadband penetration (or 20 million broadband connection) by 2018 if 3G is auction in 2014.

These estimates are based on low-demand forecast. While with high demand forecast, broadband penetration in Pakistan can go up to as high as 16 percent or 30 million broadband connections by 2018 if 3G is auctioned in 2014.

Economic studies have proven the fact that there is a positive relationship between broadband penetration and GDP growth. This is true for both developed and developing markets.

Researches have established that impact of a ten percentage point increase in broadband penetration on GDP growth rates range from 0.1-1.5 percentage points, with higher impacts found in lower income countries like Pakistan.

If we carry a conservative estimate of 0.5% impact on GDP and assume that impact will last for 3 years then Pakistan’s current GDP will increase by Rs. 40 billion in one year after 3G auction, while another Rs. 105 billion increment after second year of 3G auction and Rs. 210 billion during the third year of 3G auction.

Estimates suggest next generation networks are expected to add Rs. 380 billion to Rs. 1,180 billion to national GDP during next few years till 2020.

Not to mention, these figures exclude the auction money that Pakistan is going to generate through 3G.

Same report, and experts’ opinion, indicate that over 900,000 new jobs will be created if 3G is auctioned right away. These jobs will span around various sectors including telecoms, services, advertising, outsourcing and others.

The increased taxes arise as a result of the general stimulus to economic activity i.e. they derive from taxes paid by all sectors of the economy, especially the data services.

Plum Consulting estimates suggest that government will be able to generate addition taxes of at least Rs. 29 billion and at most Rs. 71 billion from various sectors after 3G auction.

Broadband is an enabler. It will enhance the provision of education, health and government services in Pakistan by reducing delivery costs and improving service availability.

With access to broadband will entirely change the way we do our business, financial and private transactions. The way we interact with each other or the way we find our addresses, everything will be reshaped.

Smartphones with increased computing abilities are going to lessen the efforts and hardships we come across in our daily routines.

From the way we pay our bills to the way we register our complaints with utility companies will all go digital.

In addition, low cost and flexible access to IT resources, such as file storage, software and databases, can be accessed using Cloud based services. Assume a system with centralized database and reporting of corruption or registration of complaints from general public (similar to what PITB did with Dengue reporting Android app) will make the lives easier, simpler, efficient and more productive.

Access to broadband technology and the internet can provide specific benefits to women enabling access to education and health resources and ways of generating income within their homes.

Many of the benefits from using broadband to deliver health and education services are not reflected in GDP estimates mention above as they occur over a long timescale (e.g. the benefits of better primary and secondary education can take 10 or more years to be realised in labour force productivity) and because they are about improving aspects of quality of life which are not captured by GDP measures.

More outsourcing opportunities will surface. With higher rate of access to broadband will mean more resources available for servicing the world. More services to export and more revenue inflows, just that everything will be reshaped.

Only if we Do 3G Rightly:

All of the above benefits will be reaped if one condition is met: We do the 3G rightly.

A deeper and proper planning is what we require at this point in place. Only setting the auction price rightly, taxing the services rationally and regulating the operators finely will yield all the benefits that we have mentioned above.

Governments naturally would want to make more money with the spectrum auction, which is fine and understandable. But there’s a very thin line between getting the maximum out of auction money and going over-priced.

Unrealistic auction targets, such as $ 2 billion urged by Mr. Ishaq Dar, will get this country nothing. Neither the services nor the benefits.

Our government will have to be very accurate in terms of determining the bread limit of telecom companies to make sure they are left with enough resources to enable the consumers will services too.

Same goes for taxing on telecom sector. Government has always shown deaf ears to the taxation concerns of telecom industry, but this sector is now going to get to the next level. It is getting beyond the basic voice and communication services.

Telecom sector is going to become the back-bone of national economy and hence a proper attention and rational taxing is what it requires.