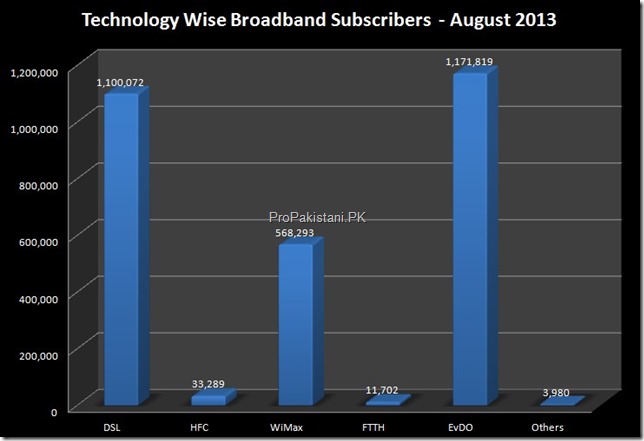 Pakistan Telecommunication Authority has said that total broadband base in Pakistan crossed 2.9 million subscriptions at the end of August 2013.

A total of 101,707 new broadband connections were issued during the month of August, with EvDO technology – Thanks to PTCL’s offering of 50 Discount on EVO — grabbing the 93 percent of new acquisitions or 93,506 sales in a month.

With such massive sales in one month, for the first time in the history of the country, broadband subscribers using EvDO technology have crossed the DSL subscriptions to become the largest used technology for broadband services in the country.

EvDO now has over 41 percent of market-share in terms of broadband subscribers, with DSL technology following at 38 percent market-share. This trend hints that 3G wireless broadband, when launched, will be greatly welcomed in Pakistan.

WiMAX technology, worst hit due to rise in EvDO customers, saw a decline of 2,623 customers during August. 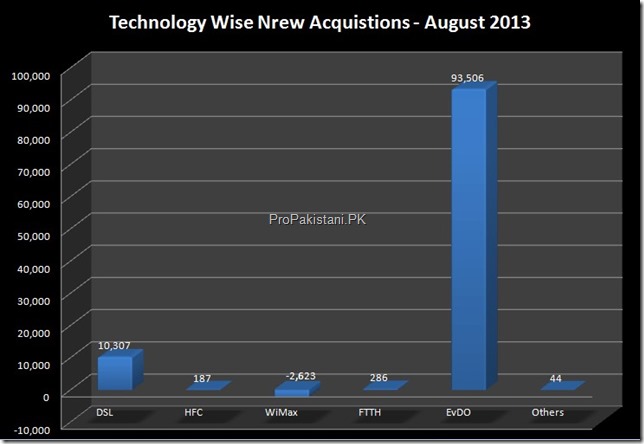 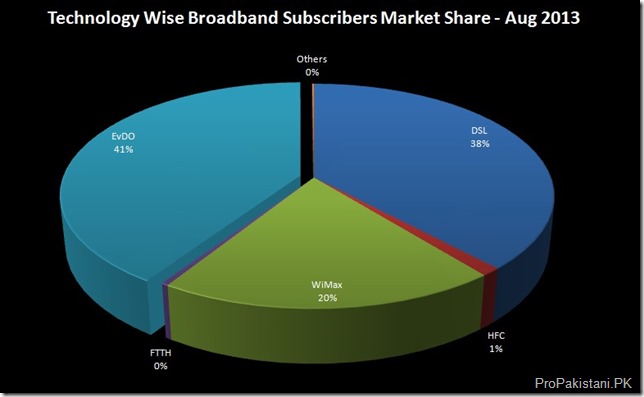