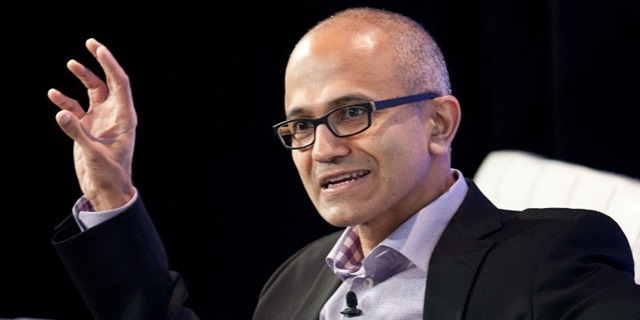 After a 5-month protracted and excited quest, Microsoft has ultimately declared Satya Nadella as its brand new CEO.

An Indian-born Satya Nadella is the first Microsoft CEO from outside the US and only the third chief executive of Microsoft. Current CEO Steve Ballmer is out, and Nadella’s new job is effective immediately.

The company also said Bill Gates moves to a new role as a technology consultant and John Thompson seizes role as chairman.

Nadella is a Microsoft veteran having been with the organization for over 20 years. He joined the company back in 1992 while he was on his way to get a master’s degree in business and Microsoft job offer came.

Previously, he was executive vice president of Microsoft’s Cloud and Enterprise group, accountable for framing and running the company’s computing platforms, developer tools and cloud services. The Cloud Services Division inside the company saw its revenue soar from $16 billion, in 2011 when he took over to $20.3 billion last year.

According to Bill Gates, Microsoft’s founder and Member of the board of directors,

“During this time of transformation, there is no better person to lead Microsoft than Satya Nadella”

In a statement, Mr. Nadella said, “Microsoft is one of those rare companies to have truly revolutionized the world through technology, and I couldn’t be more honored to have been chosen to lead the company.”

Nadella, 46, was born in Hyderabad, India. Growing up, playing cricket was his appetite and he played it as a part of his school’s team. “I think playing cricket taught me more about working in teams and leadership that has stayed with me throughout my career.” He said.

Microsoft’s enterprise and Office services and applications are bringing in stirring incomes for the company. Nadella intensify this strength excellently, but he will now require justifying his selection. He can complete Microsoft’s vision for devices and its continued mobile push.