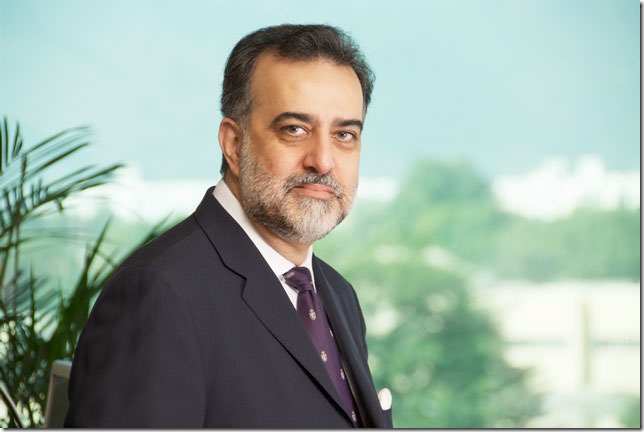 Zouhair A. Khaliq has stepped down as Board Member of Wateen Telecom, Pakistan after completing a 3 year-tenure that led to the restructuring and reorganization of Wateen, said official statement issued by the company.

It may be recalled that Zouhair was appointed by Sheikh Nahayan bin Mubarak Al Nahayan, to the Board of Wateen and Warid in December 2010. However, later on he resigned from Warid Board while continued to remain the board member of Wateen Telecom.

Naeem Zamindar was appointed CEO at the same time and together this team brought in key new members to strengthen the management team and address the challenges at the Company.

Zouhair led the restructuring effort as Chairman of the Board Executive Committee.

Working with the CEO and shareholders Zouhair played a key role in strengthening Board Governance bringing in additional independent members to the Board, and reorganizing the operational team, including the appointment of a Restructuring firm to successfully negotiate new financial terms with its lenders.

Zouhair’s leadership consolidated and refocused Wateen’s businesses leading the effort in carving out the WiMax business and planning a merger with QuBee.

The Company went private by de-listing from the Stock Exchanges, strengthened the LDI business and charted a new strategy for its fibre business.

His contribution enabled Wateen to emerge from a loss making entity to one which is generating positive EBITDA and is now viewed as a stable organization set to build on these successes.

Zouhair is currently based in the UK and continues to work in an advisory capacity in the Telecom and Technology sector where he has had a successful and productive career over the last 22 years.