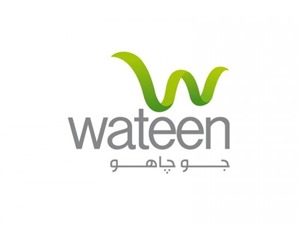 According to a notice sent minutes ago to Karachi Stock exchange – it is learned that Wateen, part of Abu Dhabi Group, is planning to de-list from stock exchanges.

According to the document available with ProPakistani, ‘Warid Telecom International’, the majority shareholder of Wateen Telecom, which presently holds 54% of the total issued shares,  has instructed the Board of Directors of the Wateen to buy back the open market shares of the company at a value of Rs. 4.5 and delist the Company from the Karachi, Lahore and Islamabad stock exchanges.

It is still unclear if other minor-to-major share-holders will approve this proposed buy-back share price or not.

Company’ share price, which was hovering around Rs 4 in morning, already witnessed a volume of 15 million shares in first 90 minutes of trading.

An official from Dhabi Group said that Group has taken several steps towards consolidating its position in Pakistan and developing greater autonomy over Group companies, for example, getting back 100% control of Warid Telecom by buying back 30 percent stakes from Singtel.

He said that all these steps are being taken as the Group reaffirms its overall commitment to Pakistan in general, and the telecom sector particularly.

According to the notice – Arif Habib Limited was appointed by Warid Telecom as the purchase agent, who will oversee and manage the buy-back process.

Wateen Telecom has issued following statement on the development:

Lahore, 29th March 2013: On Thursday 5.30pm, 28th March, 2013, Wateen Telecom’s Board of Directors and Management were informed through an official communique that the company’s largest majority shareholder, Warid Telecom International LLC, UAE (WTI), is intending to acquire all of the issued ordinary shares held by the other shareholders of the Company at a proposed purchase price of Rs. 4.50 (four and a half rupees) per ordinary share, and consequent de-listing from the Karachi, Lahore, and Islamabad stock exchanges.

WTI currently holds 54% of the total issued ordinary share capital of the Company.

“WTI’s buy-back of the shares reflects its strong commitment to Wateen and its local operations, and enables a restructuring,” said Mr David Burlison, a representative of WTI, in his communique to the Board of Wateen Telecom. He added that “WTI believes that the de-listing provides the shareholders with an exit from the business at a return of value which is in excess of that which they would receive on an orderly disposal of the business,” he added.

The Company has conveyed its intention to the stock exchanges in Karachi, Lahore and Islamabad, as well the Security and Exchange Commission of Pakistan in accordance with the Voluntary De-Listing provisions under Regulation 30-A(i), and the Code of Corporate Governance set out in their respective Listing Regulations.

Mr Naeem Zamindar, CEO Wateen Telecom, said, “Wateen Telecom has always been committed to Pakistan and the growth of the telecoms sector. The company’s Board of Directors will be reviewing this offer in its next meeting and will be appointing an independent committee of the Board of Directors to consider the offer further and to make a decision that is in the best interests of all shareholders.”

For the proposed purchase of Wateen, WTI has appointed Arif Habib Limited as the Purchase Agent, who will oversee and manage the buy-back process on behalf of WTI.