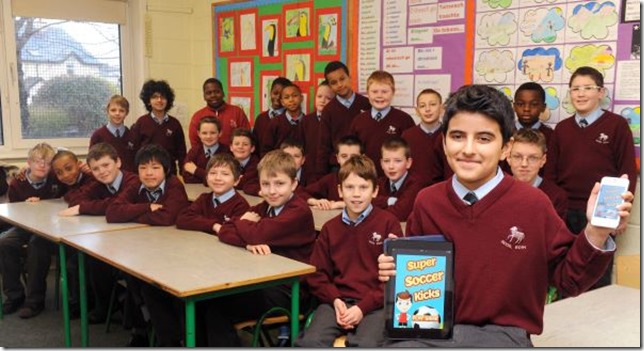 Just days before his 11th birthday Haris Khan, a Pakistani ethnic boy residing in Ireland, became one of the youngest app developers in the world. His game ‘Super Soccer Kicks’ is available on Apple’s App Store and works on Apple’s iPhone, iPad, and iPod Touch.

According to Irish newspapers, and a private Pakistani news channel, Haris’ game has already crossed over 400 downloads. The game was launched on Friday 7th February 2014 and is available for free download on the App Store.

Haris is fond of sports and technology and he combined the two to develop a fun game. He was passed down this talent from his parents; his father Mubarak works for Apple and his mother Kiran is a graphic designer. The family moved to Ireland from Germany in 2008, soon after Haris’s sister Simra was born.

While there is no official record maintained for being the youngest kid with apps developed, Haris is definitely one from the league with just 10 years old and having registered an app to his name.

According to Irish newspapers Haris is already working on developing more games and apps for smartphone users.