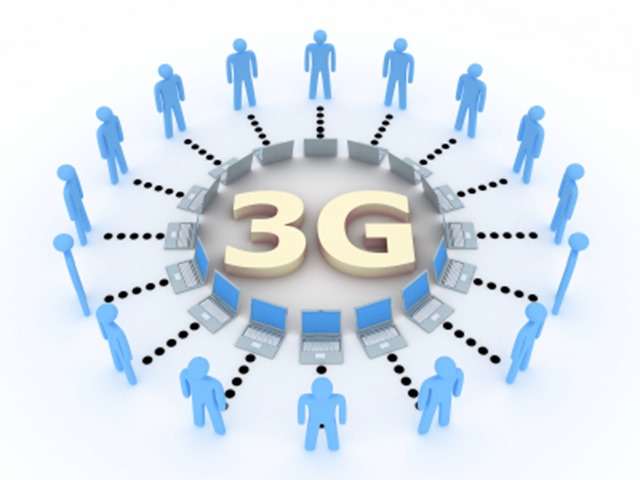 Two weeks ago, on the 11th of March 2014, we initiated a poll asking you to share with us your thoughts on which operator, in your opinion, would win 3G and 4G licences.

As of 25th March 2014, a total of 8,502 users expressed their opinion as to who will win the 3G licenses, while another 5,714 participants answered the question on operators expected to win 4G licenses.

This is not a surprising outcome considering the fact that Telenor and Mobilink together constitute around 53% of Pakistan’s cellular subscriber base.

Both Telenor and Mobilink have been boasting about their 3G ready network for sometime now and are strong contenders to take home the 3G licenses.

Ufone grabbed a considerable number of 1,867 (22.03%) votes in total to become third in the poll results.

Ufone backed by PTCL, which has huge broadband infrastructure in the country, is also aggressive about grabbing 3G and 4G licenses with-in a month.

It merits mentioning here that there would be a total of three 3G licenses on sale during the auction on April 23rd, 2014.

According to our poll results, Zong, Warid and new entrant might not be able to get next-gen licenses.

Zong was left behind in the race as it got mere 1,345 or 15.83 percent of the votes to stand at fourth position. But they are reportedly all prepared with heavy pockets to grab 3G/4G licenses at any cost.

Expected New Entrants, such as TurkCell, also seem to have an outside chance of grabbing the 3G license, but managed to grab only 358 votes (4.22%) in our poll.

As expected, nobody seems to give Warid much of a chance of winning the 3G license with only 340 participants voting for the Dhabi Group owned company. It is, however, surprising to see the company fall behind even to companies which are not even operating in the Pakistani market. 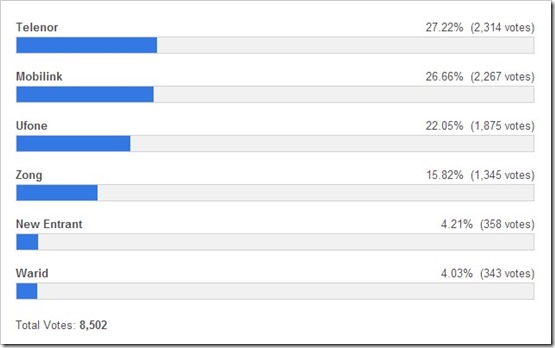 Moving on to 4G license, we find a similar voting trend as with the 3G license. There are only two 4G licenses available for five, or even more, operators and Telenor (31.53%) and Mobilink (30.51%) take the first two spots in our poll for 4G license.

The results of the poll make perfect sense as it is mandatory for operators to acquire 3G license to be eligible for attaining a 4G license; and with Telenor and Mobilink taking the 1st and 2nd position in our poll for 3G license, it is no surprise to see them take the same position with respect to 4G license as well.

Despite having 12million subscriber and arguably the most loyal postpaid customer base, Warid (3.05%) again losses out to the New Entrants (6.19%) category in our poll. 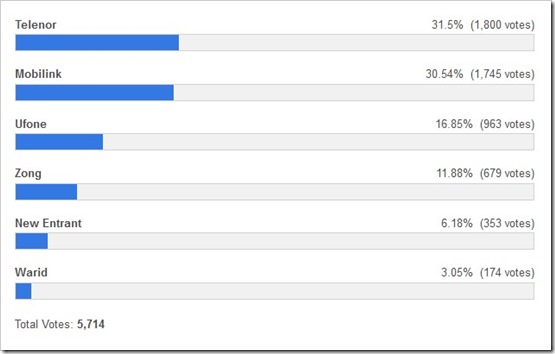 We will have to wait and see who actually bags 3G and 4G licenses; and how will this expected auction benefit the operators, the government, and Pakistan’s 130 million mobile subscribers.