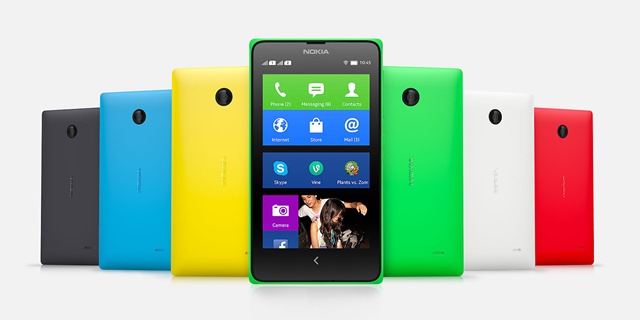 Nokia has finally released its first Android phone, the ‘X’ in Pakistan. The phone comes with six months worth free mobile internet, thanks to the exclusive partnership with Telenor.

What Nokia has tried to do with the X is to make a phone for its loyal user-base, with Microsoft’s services and Android apps. Through “X”, Nokia has achieved not only in bringing Redmond’s services to the masses, but also in finding a cure to its traditional issue, apps.

Featuring a single button at the front, the ‘X’ is, at its core, much a normal Asha device. That forked, unrecognizable Android 4.1.2 and tile-like user interface act as a prelude or a starting step towards Windows Phone.

The popular Fastlane acts as a shortcut to every recent action you’ve completed through the phone.

The bold colours should appeal more to the youth rather than the elite, and so should the price. What you do get at this range is exactly what you would expect.

Most important fact regarding the phone is its openness. 75% of all Android apps can be side-loaded and run on the phone straightaway while the remaining ones can be ported in a matter of hours. And we’re not just talking games here.

By striking a deal with Telenor, Nokia can further broaden its goals and reach. It is not only in favour of both the parties to continue together, but also for the users.

“We believe that our new offering will resonate with consumers around the country and set a great precedent for the level of quality that can be achieved in the fast-growing, affordable smartphone segment.” Arif Shafique, Country General Manager, Nokia Pakistan & Afghanistan.

As mentioned above, the deal comes with free internet for six months if you run this phone on Telenor’s network.

The competition, meanwhile, hasn’t exactly been lethargic either. While Nokia announced three starter-range phones in its X Family, Motorola stunned everyone by the amazing Moto G, which probably features the highest price-to-feature ratio of any phone in the world now.

A few Sony phones such as the new Xperia E1 can also give the X a tough time. Samsung’s brandname and QMobile’s reach/price can make the ride tougher for Nokia’s phone too.

Yet, the X is made by Nokia, a dying company which has a soft corner in most of this country’s hearts. That alone may turn this phone into a bestseller.