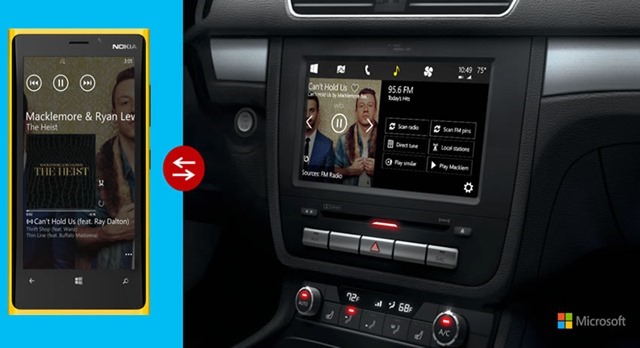 According to analysts, a mind-boggling 82.8 million cars were sold worldwide last year. By the end of this year, that number is said to rise to an estimated 85 million. That’s huge, whichever way you think of it.

Unexpectedly, everyone is trying to capitalize in this boom, especially the biggest companies in the technological world.

After Apple launched CarPlay and Google announced its Open Automotive Alliance, Microsoft came up with its own concept of the perfect dashboard in this year’s Build conference.

The display in the car is actually just like a giant Windows Phone. The elements from Modern UI are clearly visible.

You are getting the basic functionality such as placing calls, listening to music and radio, downloading apps from the marketplace, checking out maps and other normal functions you would expect a car dashboard to perform.

MirrorLink is used for connectivity between a car and a device. It’s not the most common feature in phones of present, but if dashboards do get high-tech, it will get popular. Upon connecting, it shows the elements of your phone on the dashscreen.

Obviously, Microsoft is far from new in this category as BMW, Ford and others have all been using customized Windows in their cars for long, but it is its first experiment with Windows Phone which is why it means a lot to it. It’s far from final, however, as it even crashed once during the demonstration. (That’s far from unusual in Microsoft’s keynotes.)

Currently, Honda, Toyota, Volkswagen and Citroen is joining hands with Redmond. Alpine and Pioneer are also backing it. We don’t know when Microsoft will be entering this space but if Apple and Google go out sooner than it, it will sure be in trouble.

With a radical difference in market shares between it and the rivals, it might find it difficult to get clients.

Check below some screenshots: 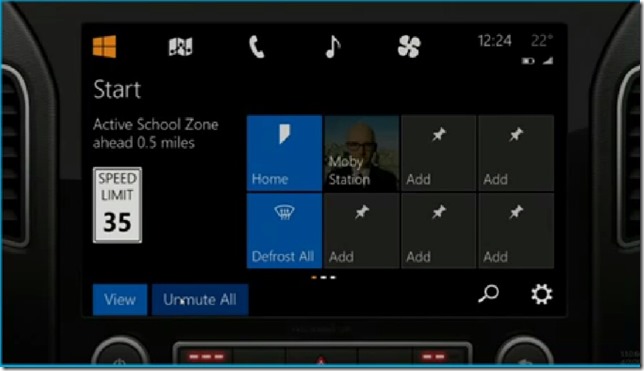 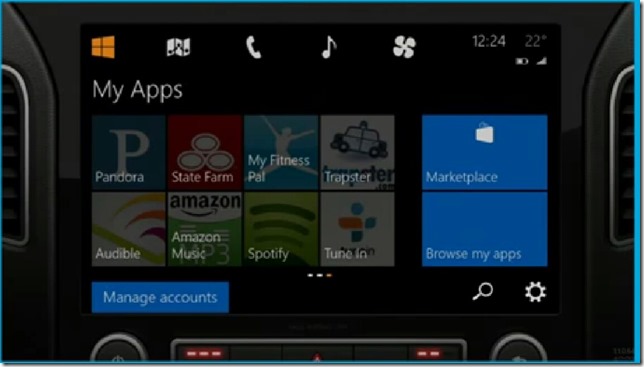 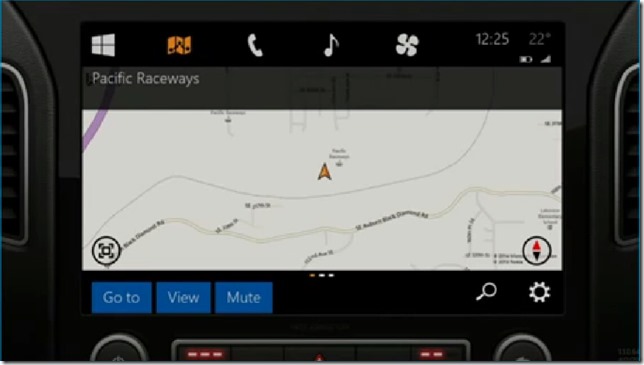