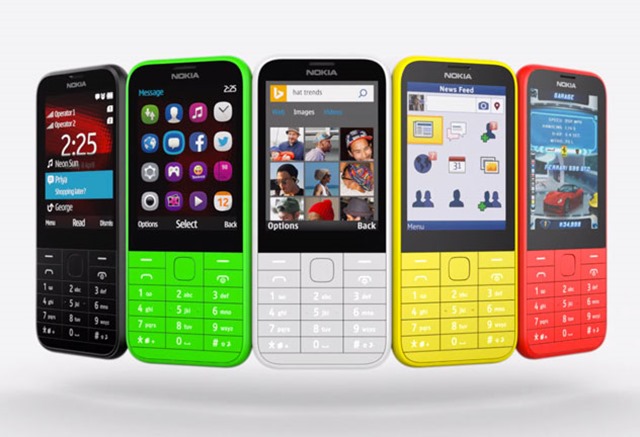 Nokia has been announcing pretty attractive phones over the past few months, but that doesn’t mean it has forgotten its important lower-end market.

It has now presented another option for customers by launching the new Nokia 225.

The Nokia 225 comes with a 2.8″ 256K colour display with 320 x 240 resolution, which is also the largest display Nokia has put on a non-touchscreen phone ever.

Nokia 225 follows company’s recent design language, and also comes in a plethora of colours along with a flashlight. Nokia 225 weighs just under 100g and is 10.4mm thick. On the software side, Nokia 225 runs on Series 30 OS.

At the back of Nokia 225 is a lone 2 mp camera with QVGA video recording at 15fps. FM Radio comes with the phone. Bluetooth 3.0 with SLAM. The phone is powered by a 1.200 mAh battery, enough for 36 days of standby, 49 hours of music playing and 21 hours worth talktime.

Co-incidentally, Nokia also makes a touchscreen phone with a very similar price-tag, called the Asha 230, so if you have your heart set on a cheap Nokia, that might be a compelling option as well.