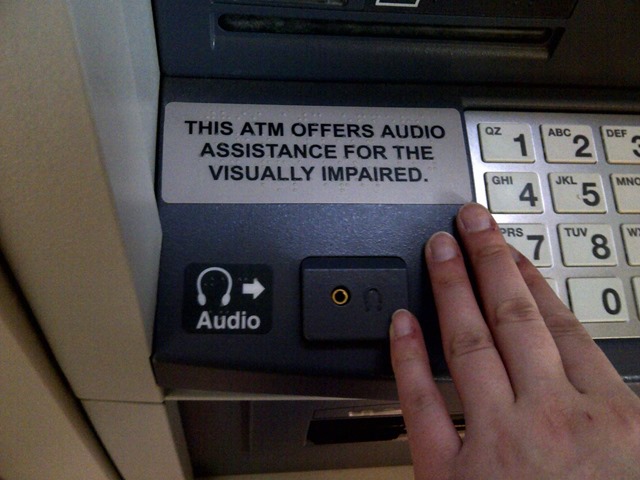 TPS, a provider of cards and payment solutions has developed a solution to assist and enable visually impaired individuals to make transactions at ATMs.

The special solution called, VIP CASH, has been developed by TPS to facilitate banking institutions in providing ATM service to the visually impaired.

To use the service, the VIP customer (visually impaired customer) needs to insert an audio jack into the ATM which will trigger the specialized flow. The ATM will voice over each and every activity of the user into the headphone.

To keep the system simple for the VIP customer, cash withdrawal and balance inquiry are the features being offered. This solution has been implemented in Standard Chartered Bank Pakistan and is running smoothly; more banks are expected to be added to this list soon.

This is an exceptional initiative as over 2 million people in Pakistan are visually impaired, half of which reside in urban areas. According to a survey, about 75% of people are not born visually impaired but become so as they grow old.