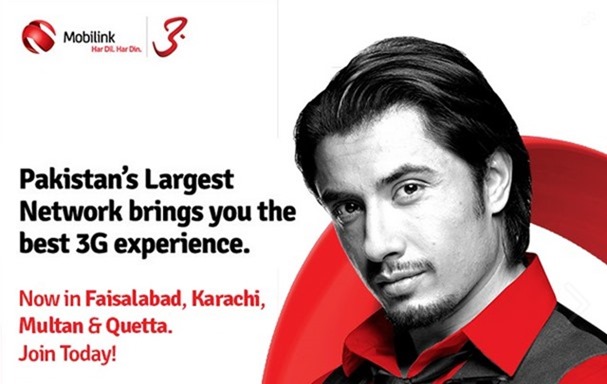 Mobilink has started 3G trials in Karachi, Quetta, Faisalabad, Multan and Peshawar, we have confirmed with sources.

While Mobilink is yet to issue an official statement on commencement of 3G trials, our sources tell that Mobilink’s 3G services are available in at least five cities of the country.

A company official – on condition of anonymity – confirmed ProPakistani that Mobilink is testing 3G in limited parts of Rawalpindi / Islamabad and Lahore as well. However, five cities mentioned above have excessive coverage of Mobilink’s 3G.

Mobilink had won 10Mhz of 3G spectrum during April’s 3G and 4G auction.

Unlike Telenor and Ufone, Mobilink decided to launch 3G trials in more than five cities including Peshawar, Multan, Faisalabad and Quetta where no other operator launched 3G during the trial period.

Cellular companies are set to commercially launch 3G services in Pakistan on May 10th, 2014.

Sources said that 3G data services with Mobilink during the trial duration will be free. However, customers are advised to keep a watch on their balance to make sure that data services are indeed free.