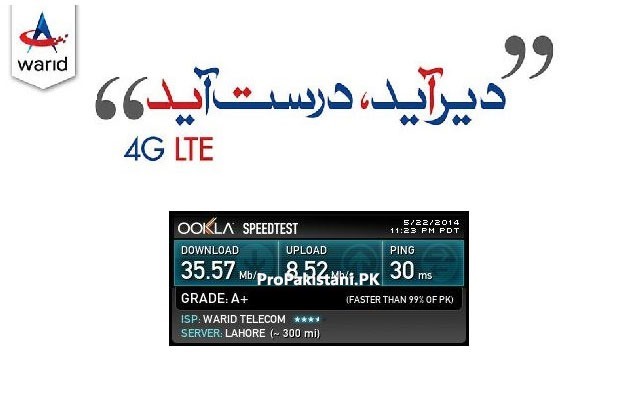 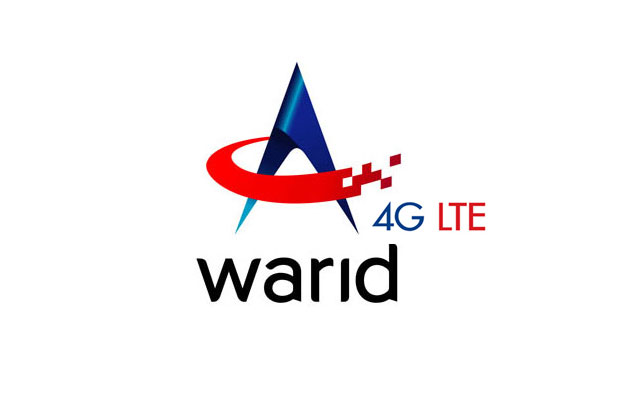 Warid Telecom is today celebrating its 9th anniversary with successful 4G LTE trials that it conducted with-in its Lahore office yesterday and today, we have confirmed with sources.

These trials, conducted on company’s 9th anniversary, are announced along with an investment plan of US 400 million dollars in country’s infrastructure and economy.

If sources – and screenshots that they have shared with us – are to be believed than we can safely say that company was able to test the the best available wireless broadband speeds in the history of Pakistan.

Yes, with a total pipe of 50Mbps, Warid 4G LTE speeds were recorded as high as 35.5Mbps for downloads and a speed of 8.52 Mbps for uploads (we have screens of these tests with us) on a live cellular network site deployed with-in the vicinity of Warid’s Lahore office.

This speed is better than any wireless broadband speed in Pakistan.

With the support of our parent Group, we are confident that company will remain competitive within this new telecoms paradigm.

On company’s 9th anniversary, Mr. Farooqui was quoted as saying:

“Warid” what it is today is its dedicated employees and loyal customers. Our service philosophy makes a solid difference in our level of services; it is at the heart of our success.

I am grateful to each of our customer who has made our brand a great success.

I am also thankful to our stakeholders for their trust, to our honourable Chairman His Highness Sheikh Nahyan bin Mubarak Al Nahyan, Board of Directors, all our associates and everyone involved in making Warid a success.

With such massive investment plan – aimed at deploying 4G technology — Warid is looking to start offering its customers trial 4G LTE services by end of June. A commercial launch, however, may not be possible before August this year, confirmed us sources.

Not to mention, Warid has its even bigger plans for August 14th this year, we have ascertained reliably, but details of the said plan are still unclear.

Timings for the successful 4G LTE trials from Warid is especially crucial because it was just yesterday that four local operators were awarded with 3G license while Zong was given a 4 license against a cumulative cost of US 1.22 billion dollars.

Warid, on other hands, decided to launch 4G LTE on its existing license and spectrum due to a fact that it has least number of subscribers, who – according to company – will be well accommodated for next-gen technology on already available resources.

Warid went public with its 4G LTE plans early this month, which met strong opposition from competing operators who had paid millions of dollars for 3G and 4G licenses.

Warid, however, is standing firm on its logical stand of having a technology neutral license with which it can offer 4G services.

PTA, on the other hands, has said that it will grant Warid the go-ahead for launching 4G only after inspecting the quality of service standards.

Warid is confident that it will be able to meet all the requirements and KPIs laid out by PTA to ensure parallel network quality for 4G consumers. Along with, company believes, service qualify for 2G subscribers will remain intact.