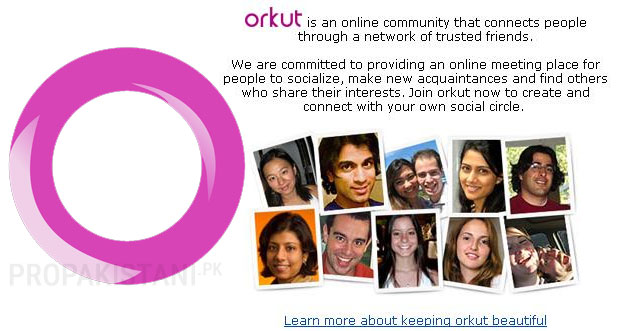 Google has announced to shut down one of the earliest social networking service, Orkut.

Build as a “20 percent” project (which allowed employees to work on individual products and ideas), Orkut started forging connections in 2004.

The idea was pretty much the same as today’s social networking websites but it failed to gather the attention of masses. Interestingly Orkut had a huge fan base from Brazil, India and Pakistan till 2010.

There’s is a less known fact that Orkut was actually named after its creator, a Turkish Google employee, Orkut Büyükkökten.

Over the past decade, YouTube, Blogger and Google+ have taken off, with communities springing up in every corner of the world. Because the growth of these communities has outpaced Orkut’s growth, we’ve decided to bid Orkut farewell (or, tchau). We’ll be focusing our energy and resources on making these other social platforms as amazing as possible for everyone who uses them.

Google has also announced that an archive of all public communities will be preserved and made available online starting September 30, 2014. If you don’t want your posts or name to be included in the community archive, you can remove Orkut permanently from your Google account.

Orkut mobile application from Google Play and Apple iTunes has also been removed, but those who have already downloaded it can use it until September 30.

Do share your opinion about this “sad” news in the comments section below, have you ever used Orkut and when was the last time you logged in to this service?