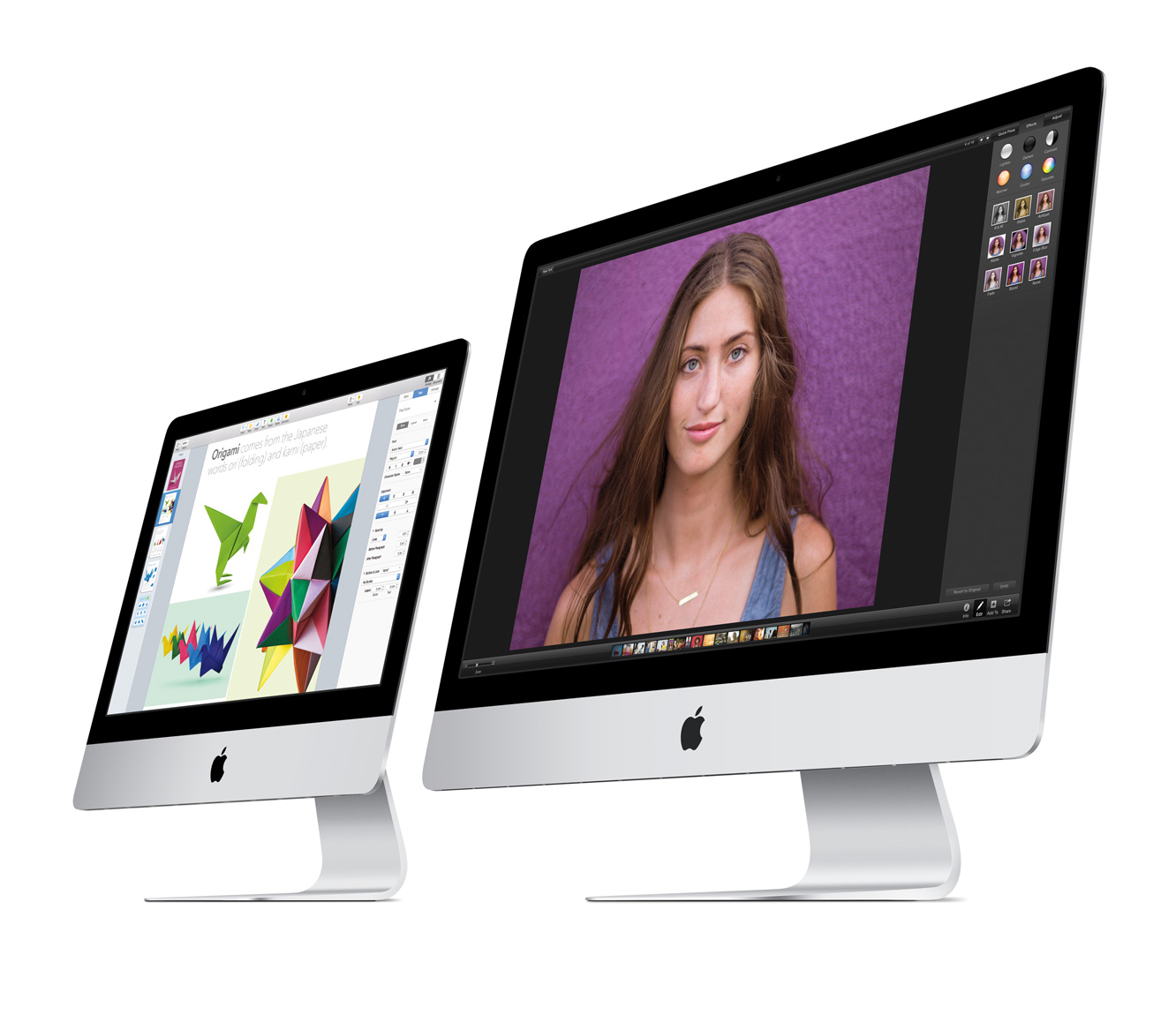 If you’re a professional then the biggest announcement for you will be the arrival of the new 27″ iMac with 5K-resolution (5120 x 2880) displays. That makes it the highest-resolution display in the world with a mind-blowing 14.7 million pixels in total and 67% more pixels than 4K displays. Yet, they use 30% less power than before and maintain the 5mm thin waistline.

With new iMac there’s also a chip to control the display called the “Timing controller”, as well as Oxide TF, organic passivation and a new low-power backlight. The better resolution also means that you can have more room to fit in all your video controls.

Underneath the mesmerizing display sits a 3.5Ghz quad-core Intel Core i5 processor, AMD Radeon R9 M290X graphics, 8 GB RAM and 1 TB Fusion drive, in the base model. (Even more) Power users can have a 4 Ghz Core i7 model with 32 GB RAM and 3 TB Fusion Drive/1 TB SSD.

The new Mac mini marks the first time that Apple has remarkably updated its “BYOKDM” system in quite a while. There’s not much to say really apart from internals because those are really about it.

The top-end version gets 2.8Ghz dual-core Core i5 processor, 8 GB worth RAM, 1 TB Fusion Drive and Intel Iris Graphics. The three versions cost $499, $699 and $999 respectively, though, power users can get a 3Ghz dual-core Core i7 processor with 16 GB RAM and 1 TB worth flash storage.

Other than that, users will also get 2 Thunderbolt 2 ports and Wi-Fi 802.11AC with MIMO.

Both the products, i.e. the new iMac with 5K Display and the Mac mini will start shipping from today.