As we reported earlier, starting this week Warid Telecom is offering its 4G LTE trials to its postpaid customers in five cities including Islamabad, Lahore, Karachi, Gujranwala and Faisalabad.

I had a chance to hard-test Warid’s 4G LTE in Islamabad to find it absolutely amazing. Coverage, speeds, pings and over-all experience remained blazing throughout our day-long tests. Surprisingly, the 4G coverage of Warid in Islamabad was more rich that what I had originally expected.

Warid’s 4G LTE Speeds remain consistent and usually hovered around 10-16 Mbps throughout the federal capital, however, it peaked to 22 Mbps at one location. Islamabad Highway (towards Faizabad), farther parts of Kashmir Highway (towards motorway) and beyond convention centre (towards Barakahu) the speed plunged at around 3-6 Mbps.

Downtown and throughout the Islamabad (including all sectors namely F, G, H, I, E) are pretty much 4G covered.

Best thing I noticed about Warid’s 4G was its consistent speed. Wherever you are, or no matter what conditions you are in (be inside a building or if you are open in the air) the speed on 4G will remain consistent. Considering that they are just testing the network and commercial launch is yet to be announced, the performance can be graded as top notch.

Rawalpindi, understandably had no coverage. Though you could get 4G signals till Commercial Market (Satellite Town) but one won’t get more than half Mbps speeds there. Naturally this will get better with time.

Just in case if you are wondering, Warid postpaid customers can call 321 to get their LTE SIMs to be able to use Warid’s 4G LTE. More details are available here.

Note: Warid is offering 4G trials for free, meaning that there are no charges on data transactions. But that’s for 4G network only. If you somehow go out of the patch and connect to 2G network then data charges will apply. I would advise postpaid customers to add 2G bundles while using using 4G services to avoid any surprises.

Check below few screenshots from speed tests at various locations in Islamabad:

Probably the best speed I received on Warid’s 4G was at Ayub Market, F8 Markaz, Islamabad. More test were conducted around F8 Markaz towards Centaurus and F9 Park. Below are speed-test screens: 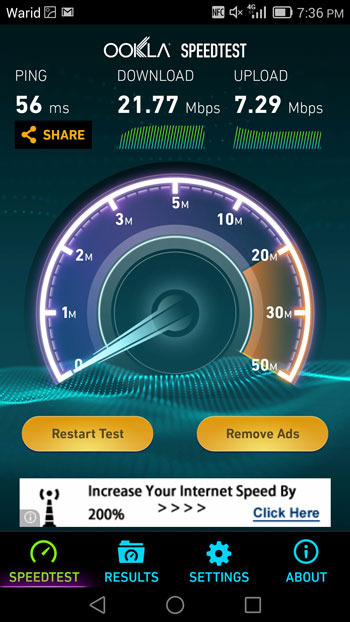 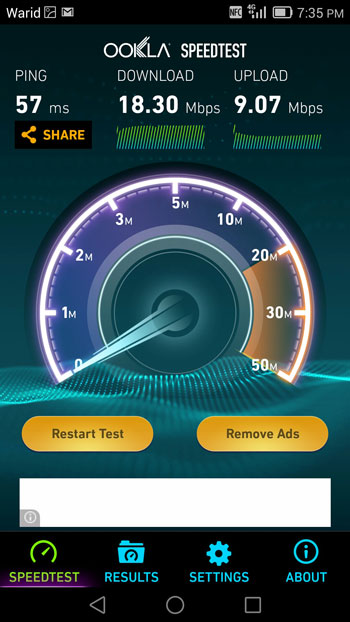 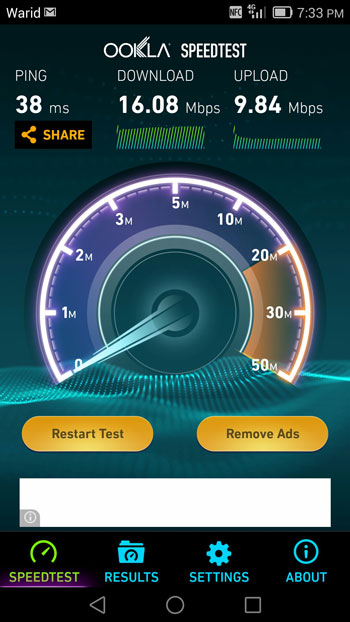 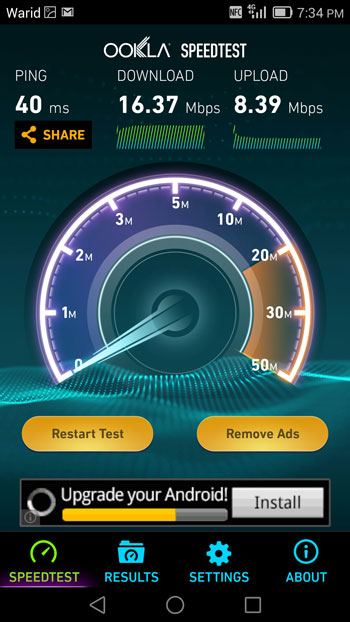 Below speed tests are from F-10 Markaz, near McDonald. 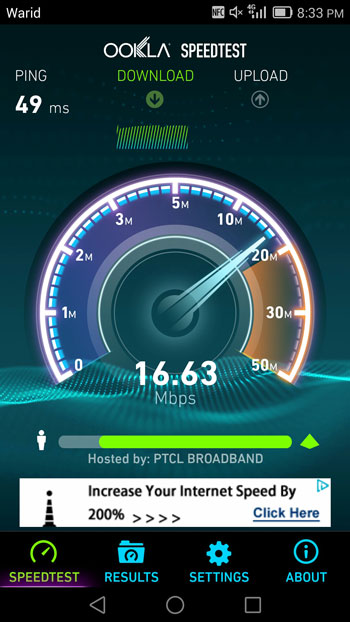 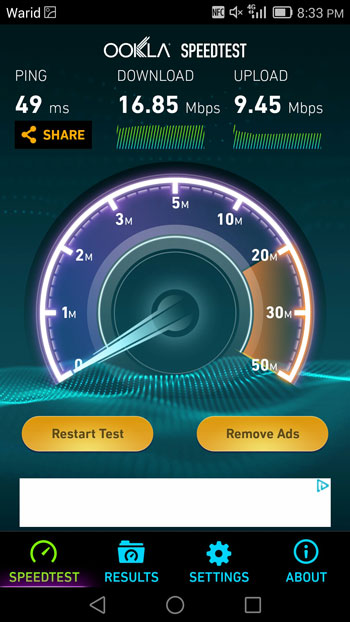 These tests were conducted at various locations in Blue Area Islamabad 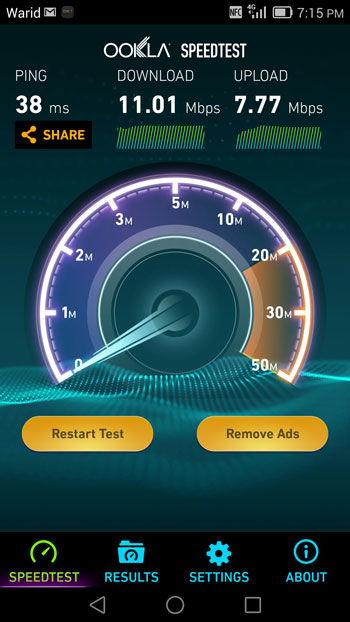 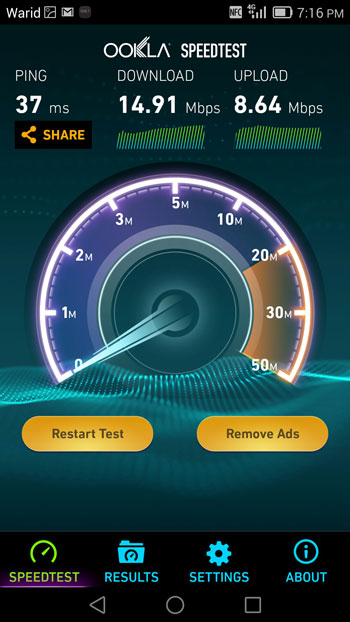 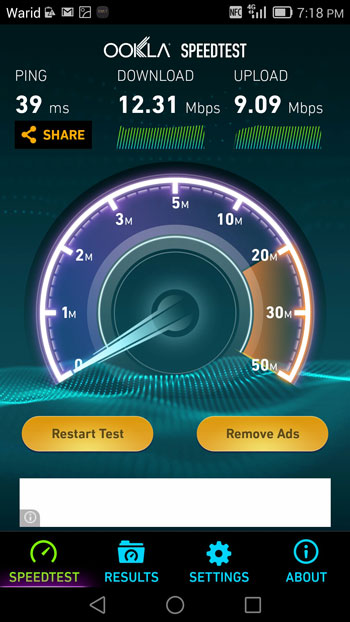