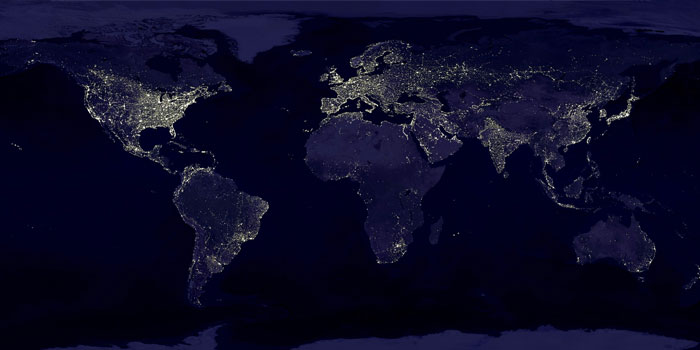 People are more interconnected today than they have ever been. A new global consciousness is slowly evolving, allowing us to participate as one community. Internet access makes it possible to carry a piece of Hong Kong while you amble through a bazaar in Beirut. You can not only connect with friends and family, but access tools and information to work better and find new opportunities. The internet is the foundation of the information economy. Yet only one-third of the world is online – about 2.7 billion people. Research by McKinsey & Co. shows that significant barriers keep more than 60 percent of the global population in the dark. Many people aren’t aware of what they’re missing out on, or don’t view the internet as socially or culturally acceptable. Furthermore, large segments of the offline population can’t afford broadband access and infrastructure, and are therefore digitally illiterate.

Two thirds of the world population is still offline, with 75% of the disconnected concentrated in 20 countries

Yet the internet beckons with promise. According to a recent report, “Value of Connectivity” by Internet.org and Deolitte:

“By expanding internet access in developing countries to levels seen today in developed economies, we could increase productivity by as much as 25 percent, generating $2.2 trillion in GDP and more than 140 million new jobs, lifting 160 million people out of poverty.”

However, at the current rate of adoption (less than 9 percent), between 500 million to 900 million people are projected to join the online ranks by 2017. That will still leave more than half the projected global population (4.2 billion) out of the loop.

If you want to read the complete report, you can do so here.