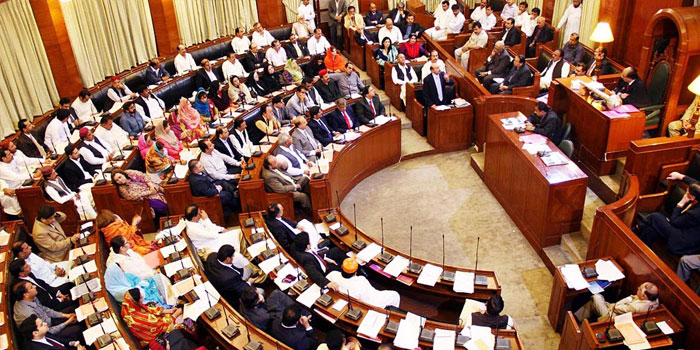 During a session of the provincial assembly, mobile jammers were activated for the security of the Punjab Assembly Members (MPAs). The jamming of mobile signals without any warning or notification was a source of inconvenience for nearby residents, businesses and public.

The place where the session took place is at Charing Cross, which is at the heart of Mall Road. The road is one of the most important locations in the city as it is host to a number of important businesses, banks, hotels and government institutes. These include major business centers, Avari Hotel and the chief minister’s office.

The mobile jammers were in operation throughout the day as the session was conducted. The prime purpose of the session was the condemnation of the terrorist attack in Peshawar.

According to Iqbal Chohan, who is a trader on the Mall:

“The lives of politicians are not more important than ordinary citizens. There was no intimation about the jammers and we only realized it when the signals dropped and cell phones stopped working. Mobile is pivotal to the business [currency exchange] but we had to bear with this sudden disconnection from our work and families.”

According to Azam Suleman, who is a lawyer:

“The use of cell phone has become essential for routine life and it was so disturbing that suddenly our Mobile Phones stopped working. In times like these, such a move is always shocking and disturbing for the folks trying to contact you.”

Not only did the jammers affect public life and businesses, they also made life hard for security teams in nearby hotels. Usually, information about blocking of mobile signals is provided to the public in advance. Why this was not done for the session is unknown.

SP Civil Lines Imtiaz Sarwar refused to comment on jammers as it would compromise security. Zaeem Qadri who is the Punjab governments spokesperson wasn’t available for comments on the matter.