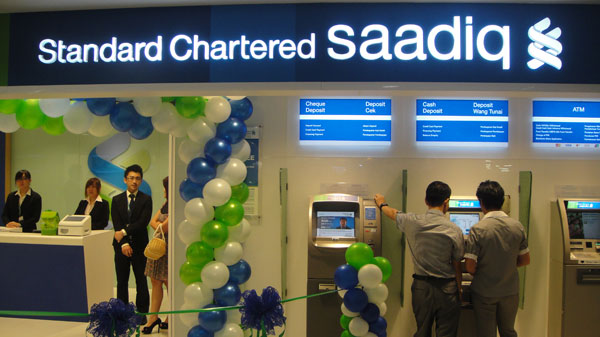 Standard Chartered Bank, a UK based bank head-quartered in London, is on a rapid closure drive of conventional branches in Pakistan.

Development may result into a possible winding up of Standard Chartered’s operations in the country or it may also mean a strategic shift from traditional banking to online banking to save OPEX.

The UK-based bank is likely to further shut-down its branches in various Pakistani cities in line with its cost-cutting plan through reduction of up to 100 branches in Asia, Africa and Middle East which will save the bank its $400 million in 2015.

Standard Chartered Bank has closed 46 branches in Pakistan in past five years while it currently operates with 116 branches in merely 22 cities.

Previously, the bank was operating with 162 branches at 42 locations.

Orix is likely to conclude its exercise on a constructive deal.

When asked about Standard Chartered’s operations in Pakistan, officials opted to talk about a cautious approach toward prevailing operational strategy and said that Standard Chartered Bank is working to optimize its branches’ network in Pakistan with more focus on its core banking business in lucrative commercial areas.

The bank is mulling opening its digital branches, which means advanced technology will be utilized to deliver customized services to the customers.

The bank is witnessing more than 60 percent of its transactions being done through online or advanced means, showing that a large number of customers are transitioning from traditional banking process to online banking.

The bank’s intelligence suggested that 60 percent of the population in Pakistan is youth and they fall with-in 18 to 30 years of age bracket, and majority of them are internet users, hence the bank is working on the dynamics of demands exploiting online presence of customers, Standard Chartered officials said.

It is pertinent to mention here that the bank continues to deliver consistent financial performance with a profit before tax of Rs 11.4 billion in first nine months of 2014, slightly up from Rs. 11.4 billion it made during previous year.

Banking environment in Pakistan for foreign banks is fast becoming very challenging due to increasing competition within the industry players and limited scope of business in the largely unbanked market of Pakistan.

Furthermore, Standard Chartered is also very cautious about money laundering issues in Pakistan, especially after it was slapped with a fine of $300 million by USA government last year.

Previously, Royal Bank of Scotland and HSBC have wrapped up their overall business in the country. Citibank sold out its consumer portfolio to Habib Bank Limited and Barclays Pakistan is negotiating with different banks to sell off its overall local operations.