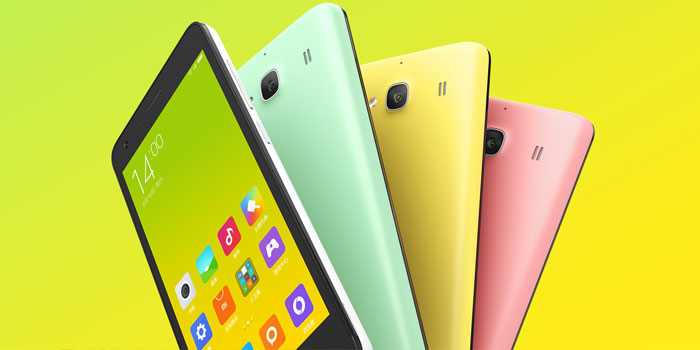 Xiaomi may still be unheard of in western markets but it has been quick to rise among the ranks in many parts of Asia. There is good reason for that; these highly affordable Smartphones fare better than most budget phones out there. And with the new year, Xiaomi seems to have kick-started things with the successor to its first Redmi 1S smartphone, the Redmi 2.

As you would expect from a budget smartphone, Redmi 2 has sufficient mid-range specifications on offer. A 4.7-inch 720p IPS display with a pixel density of 312ppi would please most budget phone owners. Visual experience would less likely be disrupted with odd fluctuations, thanks to the incorporation of color temperature adjustment. At 133 grams and with a width of 9.4mm, it sure does feel compact.

Xiaomi Redmi 2 comes equipped with a 1.2GHz Quad core Qualcomm Snapdragon 410 processor coupled with 1GB of RAM. This may not be the best combination but it is expected to handle most operations without a hitch. 8GB of internal storage would accommodate a good amount of your content. Should the phone run out of memory, there is always the option to expand upto 32GB using a microSD card.

For the photographers, the 8 megapixels rear camera along with the 2 megapixels front-facing snapper should suffice. While the rear camera is capable of shooting videos at 1080p, the front-facing camera captures images at 720p. The rear shooter by OminiVision makes use of a 28mm wide angle lens with f/2.2 aperture. Two SIM card slots offer 4G LTE connectivity which is a generous deal for a budget smartphone.

Moreover, features such as A-GPS and GLONASS complement the usual amenities such as WiFi b/g/n and Bluetooth 4.0. Users can even charge the 2,200mAh Li-Po battery quicker using QuickCharge 1.0 functionality that the microUSB 2.0 port offers.

In regards to software, Redmi 2 will run the latest MIUI 6 which comes with a number of fresh features and a simpler design than the last iteration.

The smartphone will set you back by 699 CNY (approximately $110) if you happen to get one from China starting from 9th January. Plans for shipment and prices elsewhere have not been revealed yet but expect Pakistani stores to get it imported sooner rather than later.