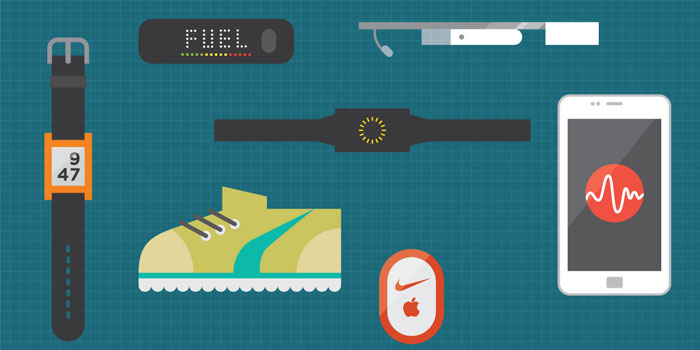 A new research reports points to saturation in the smartphone sector but also raises the possibility of the wearable technology ecosphere as driving the next phase of growth.

The GlobalWebIndex surveyed 170,000 internet users across 32 markets across the world and found that almost 80% of adults own a smartphone and around 9% own some kind of wearable technology which is a positive trend given that the sector has only gathered significant interest very recently.

Apple’s iWatch To Lead the Way for Smart Devices:

Apple’s upcoming smartwatch is expected to be the game-changer for the wearable technology market as it will definitely stoke interest and buzz as well as paving the way for a number of supporting devices. Already in CES 2015 there have been announcements of “smart devices” that are expected to support wearable tech products, with the Apple smartwatch featuring quite prominently in the list.

The report also mentions some interesting trends. Firstly, within the wearables category, the highest number of owners are males in the 25-35 age bracket and primarily residing in the Asia Pacific region.

This confirms the penchant for consumers in the region to spend more of their disposable incomes on newer and exciting arenas of technology products.

Google has already won the platform wars with 3.5 Android devices for every iOS one

Secondly, the report confirms the dominance of the Android platform in the smartphone and tablet pc market, claiming that the platform wars are “over” and that Google has effectively won. In 2011, there were 2 Android users to each iOS user, but the figure has grown to 3.5 Android users for every iOS user in 2014 according to GlobalWebIndex. The gap is expected to widen even further in the coming years.

In terms of trends in mobile internet usage, it is claimed that 75% of smartphone users now frequently access the internet on their phones, which is a rising trend but with clear room to grow even further. Also, the amount of time that people are spending on their mobile phones has risen to 1.85 hours per day, up from 40 minutes in 2012.

In the Middle East and Africa, the figure is even higher at 3 hours per day due to the trend in emerging markets of substituting smartphones for personal computers.

It is also becoming easier to circumvent restricted content on the internet, a trend which Pakistani users will be all too familiar with. GWI claims that there are 400 million users globally of proxy softwares with China alone for 150 million users. Access to content services remains the primary reason for people turning to such software.