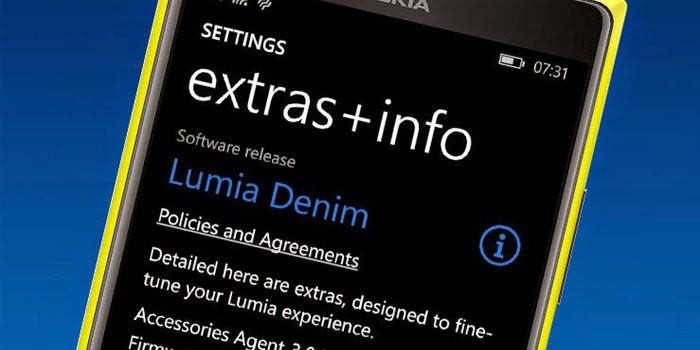 Microsoft seems to have been quite upbeat about its upcoming Denim update since last year. The update was rolled out by the end of 2014 but it was rather limited. Microsoft promised availability across the board from January 2015 on-wards. That promise is beginning to materialize and as it stands, Microsoft is looking to bring out the best in its latest update courtesy of the Lumia camera.

Cortana’s at your service

The update is available for Lumia Smartphones running Windows Phone 8.1. It introduces new Cortana voice assistant updates. The most notable addition would be the ability to grab Cortana’s attention simply by calling her out. At times, it’s nice to know you’ve got someone by your side 24/7.

UI more customizable than before

A number of small changes have been made to the user interface. The key one is the ability to add Live Folders instead of merely having Live Tiles displayed on the screen. This would allow organizing entire folders in a way you feel comfortable with. That’s a nice personalized touch there.

However, it’s the new Lumia Camera app that has got even the head of imaging technology for Microsoft Lumia excited. The Rich Capture mode allows users to adjust the amount of flash along with the dynamic range upon taking a photo. Moments capture allows shooting videos in 4K that’s an experience worth enjoying.

What’s also interesting is that the speed of the app has been enhanced with this latest update. You could chalk it up to the background photo processing which allows users to incessantly take photos like there’s no tomorrow. There’s no doubt that hardware enjoys most of the credit for this but the enhanced software backing this equally deserves appreciation.