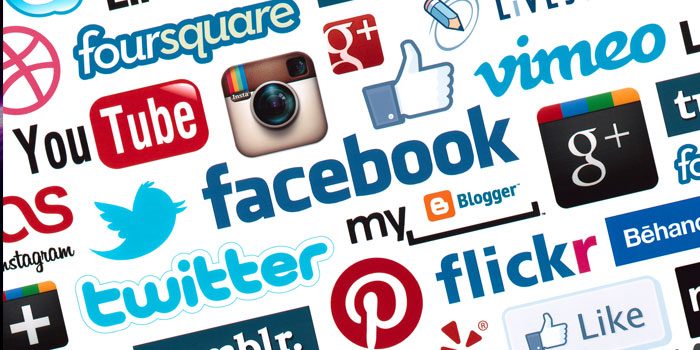 Social Media has been the buzzword for the past few years, but how has it evolved makes for interesting research.

The term social media might have originated slightly later but social platforms can be traced back to the early days of the internet when services such as AOL, Yahoo and MSN would want its members to create their profiles to chat. Come the 2000’s and we saw social media platforms such as MySpace and Orkut. These were around for a few years and then just faded away.

There could be multiple reasons for these platforms losing traction ranging from the launch of Facebook to their respective users outgrowing what they were offering. While global statistics regarding social media use are rare, we do have interesting statistics pertaining to usage in North America. One such interesting stat is how with the launch of Facebook and other social media sites sage amongst teens jumped from 9% to 49%, with Facebook now having almost 1.35 billion active users across the globe.

Facebook is by far the largest social network in the world with 1.35 billion users

While social media can truly be termed as altering the way people perceived and used the internet, the question is where is it heading? According to certain experts the days of public profiles are numbered and anonymity will gain importance in the coming years. What they are referring to here is while teens have been the driving force for social media platforms; of late more and more elders are now utilizing these platforms.

Take for example Facebook, according to the latest research figures from PEW For the first time, more than half of all online adults 65 and older (56%) use Facebook. This represents 31% of all seniors and this is leading to what some in the USA have termed as the grandpa on the dining table syndrome, meaning as far as teens are concerned now with their parents, aunts and uncles on Facebook they don’t have the freedom they once enjoyed. The survey further reinforces the point by stating that while Facebook is still the most popular social media networking site its growth has slowed down.

One of the main factors is now we might be looking for more privacy and are thinking twice before accepting that friend request. Industry experts see the future of social media in micro-communities. Their claims can be verified when we see astounding growth in social media platforms such as Tumblr, Snapchat and Instagram. Tumblr’s active user base grew by over 120% last year; the trend from reading tweets is shifting to seeing short bursts of picture memories in the form of Instagram.

According to PEW, for the first time, roughly half of internet-using young adults ages 18-29 (53%) use Instagram. And half 0f all Instagram users (49%) use the site daily and if that’s not proof enough then we all know why Zuckerberg paid as much as he did for Instagram and why Tumblr rejected his offer of $3 billion. On the other hand LinkedIn continued to grow as more and more professionals connect.

The amazing fact is while the above mentioned platforms shrink or gain users, YouTube’s usage continues to grow and all social media platforms are optimizing themselves for YouTube. The emphasis on video content is now far greater than ever. People are creating, communicating and consuming more and more content every second. This has also led large corporations jumping big time onto the social media band wagon and hence over the past few years with digital marketing the new frontier for advertising, the lines between the old and new media have been blurred.

These large corporations now want more and more users to share their brand experiences through the content that they put online. Digital marketing will be taking on a new shape as soon as wearable technology goes mass market, social media would be how we live and what we do. This might scare many amongst us, as all this sounds stuff right out of Minority Report; but the opportunities are also limitless.