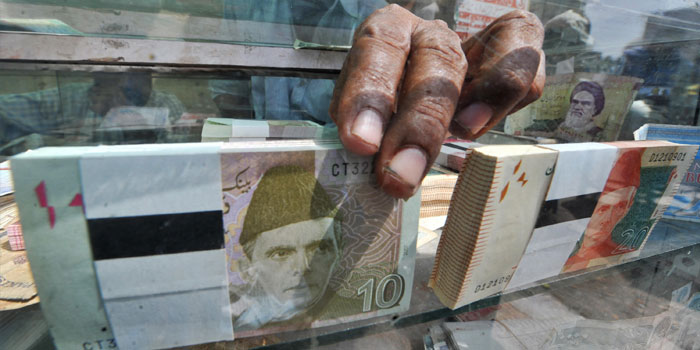 Recently, the State Bank of Pakistan gave a statement about the existence of fake currency notes in the market. According to them some anti-state elements are involved in this illegal practice to harm the national economy.

This was stated by Acting Governor SBP Saeed Ahmed at a conference on ‘Currency Management: Strategies for the Future’. His statements have called for people to be cautious and vigilant on this matter. For their part, SBP is working on some strategies to inform the public on how to look out for the warning signs.

SBP is making a documentary, detailing the various ways people can use to detect whether the notes are authentic or not. It has also hired security experts and mobile app developers to craft a mobile app that can help people identify counterfeit notes via their phone camera. The app is expected to be released once its tested thoroughly.

The app will work by identifying some tell-tale signs that separate the authentic currency notes from the fake ones. The genuine notes have a host of special security features which SBP hopes that their app can pinpoint.

To further guard against this menace, SBP is looking to introduce and incorporate hologram and other specialized security measures in future currency notes. It’s believed to be a costly endeavor and SBP officials are still trying to ascertain which denominations will get these advanced security features. Our ‘smart money’ is on the notes of Rs. 1000 and Rs 5000, with other denominations being considered down the road.

If you want to read about how to spot a fake currency note, this article is a great starting point. In uncertain times like these, it pays to be forewarned.

Going by SBP’s own estimates, it seems that cash still remains the preferred way of making financial transactions in Pakistan. From 2009 to 2014,  SBP data suggests that currency in circulation has more than doubled from Rs1,224 billion to Rs2,500 billion.

Do you think SBP is spreading enough awareness in this matter? Any suggestions how people can protect themselves from the scourge of counterfeit notes in everyday life? Share your thoughts below.