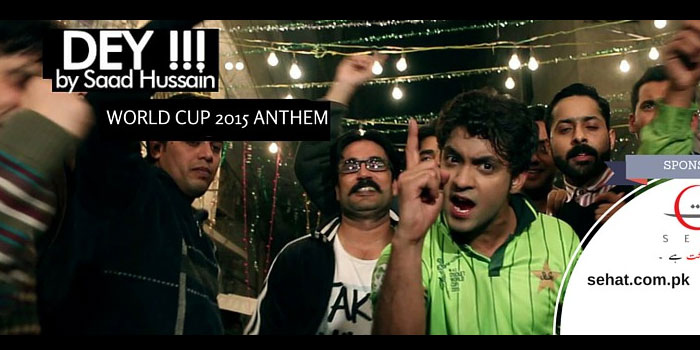 Sehat, an online pharmacy, has just released a World Cup 2015 anthem for the Pakistan team in collaboration with singer-songwriter Saad Hussain.

This marks the first time ever that a startup has released an anthem for the Pakistan team for the World Cup. Sehat also plans to promote itself more effectively through digital media by circulating a jingle made by the same artist.

Sehat hopes to promote good well-being and health by providing a quality healthcare delivery service second to none in Pakistan, by offering delivery of medicines to the customers doorstep anywhere in Pakistan.

Saad Hussain is an aspiring musician who hopes to spread his message of patriotism and support for the national team through his song and music video, the latter of which was sponsored by Sehat. The video was directed by Hadi.

The video, which has already racked up more than 30k views, can be viewed below: