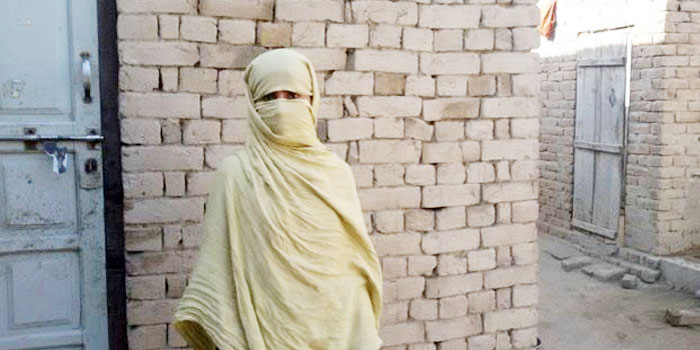 Recently, BBC Urdu conducted an investigation into the gang rape of a young woman in a remote village in Pakistan.

What makes the crime even more heinous is that the despicable act was filmed on a Mobile phone and shared throughout villages, towns as well as on the internet.

The footage was used as a blackmail chip to keep the woman quiet. Then it was shared online and through bluetooth on Mobile Phones anyways.

With rapidly evolving technology that’s growing ever cheaper, Pakistan’s cyber laws to protect people in these situations are non-existent. Police has been trying to take the video down but efforts haven’t been met with much success. Expert lawyers in cyber crime have repeatedly said that the country lacks a legal infrastructure which can be used to take down such videos.

There is no hope of such laws being introduced because there is a lack of resources and more importantly, apathy on part of the government officials. What makes everything more frustrating is that a comprehensive cyber law ordinance was ready to go four years ago but it failed before it could become a law. After that, there has been little to no movement on the matter.

What happens is that federal and police officials have to adopt laws which weren’t really meant to be applied to such cases. The criminals get charged with sexual harassment, defamation or criminal intimidation, privacy violation or anything that can be adopted from the archaic Electronic Transactions Ordinance (ETO).

There is a new cyber crime law in the works but it has not been passed by the parliament yet. If it ever gets to see the light of day, the penalty for distribution of sexually explicit material and invasion of privacy would be three years each. If there is violence involved, penalties would be added under different laws.

“The law which was allowed to lapse was very effective because it was detailed and made the job of prosecution much easier. We make do with the ETO because we have no choice.”

According to Sadia (fake name for the victim), she is now forced to stay indoors due to the nature of the crime and the public dispersal of the videos. She said:

“After I begged and pleaded with them, they beat me even more. They said to me that if I don’t listen to them and do what they want, they’ll show everyone the video, put it up on the internet, that they would hurt my brothers and sister.

I didn’t care about myself but I didn’t want my siblings’ future to be in jeopardy because of me. That’s why I didn’t tell anyone.

A lot of people are watching this video for fun, they see it as something interesting.”

The perpetrators of the crime have already been identified and are in police custody on remand. The trial has already begun and they have been charged with gang rape, kidnapping and distributing pornography. The last act carries a prison sentence of a meager three months. We don’t know if the people who spread the video will be charged with anything.

Filming private videos and circulating it on internet can not be prosecuted under cyber laws, as there is none! Such cases are prosecuted for spreading pornography with maximum sentence of three months in jail

We would like to call upon the government and all concerned parties to do their bloody job and introduce a legal framework which protects victims of sexual abuse.

If the act itself was not disgusting enough, these savage animals have the audacity to blackmail the victims. Not only that, the people who share these videos need to be prosecuted to the fullest extent of the law as well.

The law is the last refuge for the downtrodden and right now, it has been letting everyone down. It’s time to change that.