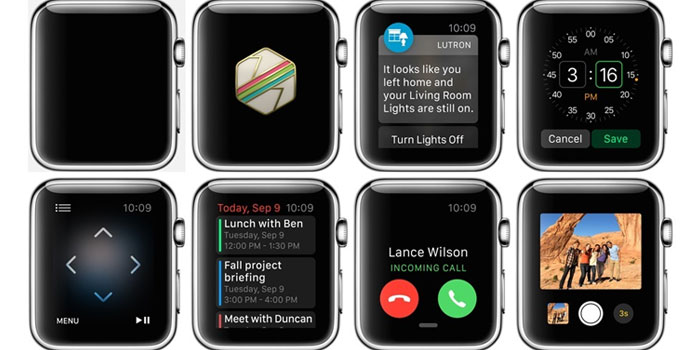 While the release of the Apple Watch is still a good month away, the first batch of apps tailored to Apple’s most-personal device have started to be rolled out. There is a separate section in Apple’s app store now for these apps.

As you would expect, the current crop of apps are only from notable developers and long-time partners of Apple. Regular developers however will be able to submit their applications very soon.

The apps lie among several categories, including health, shopping, social networking, utility, news and more. And just in case you’re wondering, there are two puzzle game in tow too. Almost all of the apps look quite elegant, and should be a breeze to use, now that Apple has told us that the optimum amount of time you spend there be 10 seconds.

The list is front-lined by the shopping app Target, SPG, American Airlines, MLB.com, the fitness-tracking app Nike+ Running and the photo-sharing service Instagram. Other notable makers include BMW i Remote whicyour car, h monitors the charge status of your car, Lutron Caseta which controls the lighting on your home, Citi Mobile Lite, which is self-explanatory, Runtastic, another mobile fitness app and ESPN, which is also self-explanatory.

You can check out the full list here. Chances are you already know a large majority of them.

The Apple Watch will be released in multiple territories on the 24th of April so it won’t be until that time that people will test them in real-life. If you want more information about the Apple Watch, you can check out our coverage here and here.