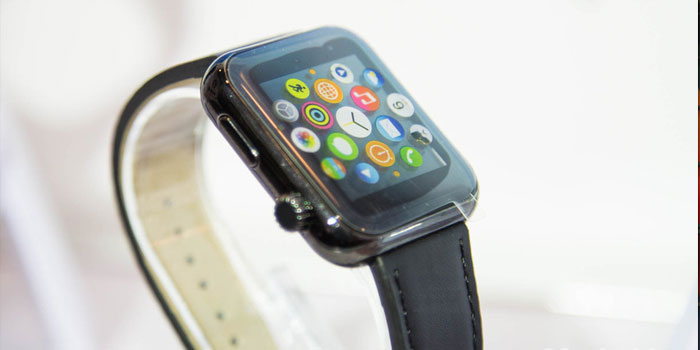 If you have been anticipating the release of the Apple Watch, you would be aware that it wouldn’t come cheap.

In fact, some people on social media joke about how they plan on selling their kidneys to get their hands on a piece. Funny thing is that the high-end variants, costing a whopping $17,000, can most definitely not be compensated with even two kidneys combined.

Cheap replicas with names such as ‘Aiwatch’, ‘D iwatch’ and ‘Zeaplus Watch’ are already available on Chinese websites for those who want to save themselves the trouble. Costing merely $45 to $80 compared to the original’s $349 to $17,000 price range, the Apple Watch fakes mimic the same design details. They sport similar square-shaped face along with the same circle-shaped icons on their screens.

There are plenty of knockoffs that can easily be told apart from the genuine Apple Watch even in terms of design. Others just fall flat due to outdated technology and deficiencies in functionality. However, the likes of Zeaplus Watch seem to have that somewhat covered with the ability to track the user’s steps and heart rate, besides making phone calls courtesy of a SIM card slot.

These antics aren’t new to the knockoff industry; in fact, it has been on the rise for the past few years and still going strong. Knockoffs of the Apple Watch were being dished out months ago with some replicas such as ‘Smart Watch’ costing as low as $27.

It might be a silly idea to consider buying technologically inferior alternatives just because one can’t wait for April 24 for the real deal to begin. However, those who don’t have a kidney to spare might be more than willing to settle for less.