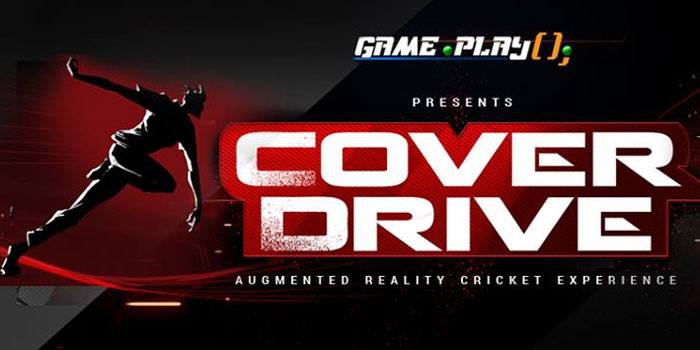 There are clearly not as many Cricket games out there as there should be given the love for the sport, especially in South Asia. Among the ones that are available, there are even lesser that truly capture all the nuances of Cricket. Arguably, the latest next-gen title, Don Bradman Cricket 14 is the closest game developers have come to producing a realistic Cricket game.

What’s most disappointing is the fact that none of these can be played with real gestures – a prospect that many Cricket fans have drooled over since the release of Microsoft Xbox 360’s motion sensing input device, Kinect. Guess what, Pakistan-based gaming venture ‘GameDotPlay’ has taken the plunge and developed the first ever Kinect based Cricket game, Cover Drive.

The idea behind the Kinect based PC game is pretty basic: a batsman faces six balls at random. The player takes on the role of a batsman, attempting to score as many runs as possible in an over. Once the spell of 6 balls has been bowled or if one ends up having their stumps uprooted (gets clean bowled) or getting caught out, the total score is displayed on the screen.

No bat? No problem

It doesn’t even matter if you hold a bat or a broom in your hands as you attempt to whack that incoming delivery out of the park since it’s your hand movements that will be tracked; not what you hold. Perhaps it’s fair to assume that you run much lesser risk of smashing your TV screen if you try those shots with bare hands. Otherwise, if you’re hell bent on making things feel as close to reality as possible just strap a small plastic bat around your hands for safety purposes.

Not a complete package

Cover Drive is far from a complete package given that it basically revolves around the idea of scoring the maximum amount of runs without losing a wicket. Clearly, the graphics are also not its strong suit; it’s quite the opposite. Then again, the only two Move based Cricket games (Move Street Cricket and Move Street Cricket 2) brought by Indian developers in the past weren’t exactly treats to look at either despite offering bowling and fielding alongside. However, where this may deliver is in terms allowing you to challenge members of the family and have some fun time together.

Perhaps the first step towards something substantial

It may not be long before you begin to grow tired of a limited range of shot selection and the bland and basic graphics quality, but fans would hope that Cover Drive becomes the first drop of rain in a drought. There is no doubt that people would love to see and experience other departments of the game such as bowling and fielding in a Kinect based video game. With those additions, smart AI and fluid gameplay mechanics, one could actually expect augmented reality Cricket experience that has been hoped for since ages.