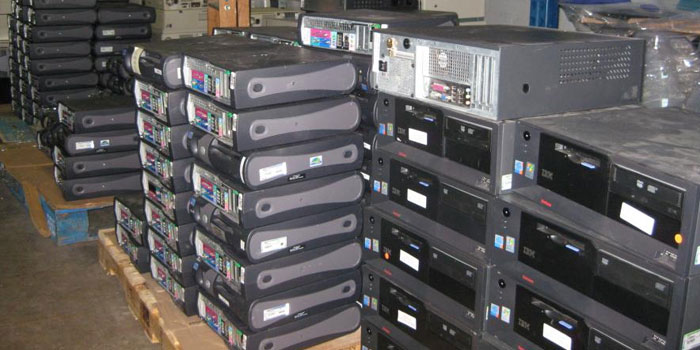 Munawar Iqbal, Chairman Pakistan Computer Association PCA, in a statement issued in Islamabad, termed the low effective rate of sales tax and customs duty on computer equipment as a byproduct of increased smuggling of IT equipment in the country. As compared to standard rate of 17 percent sales tax, actual collection could be increased through enforcement and revision in import trade prices (ITP) of IT products.

Pakistan Computer Association takes strong exception of the increased incidences of cross border smuggling to the tune of nearly $12 billion annually putting the documented computer industry at a disadvantageous position as compared to illegal importers.

Beside provincial levies/surcharges, the overall incidence comes to over 27 percent federal taxes. On the other hand, illegal importers are not paying any such duties and taxes on the computer products, creating serious disparity between the legitimate importers and illegal importers.

One of the best options is that the customs department should fix the import trade prices (ITP) of IT products on lower side to ensure increase in the number of legitimate importers. It is estimated that the lower ITP values would also encourage undocumented persons to come within the formal regime and ensure imports through legal channels. This would ultimately increase the revenue collection of the FBR from IT sector.

He demanded of federal government to provide maximum relief and incentives to the IT traders by reducing duties and taxes and compensate for the losses suffered due to the price disparity as result of smuggled items in the market. He said the government should withdraw the GST and give tax exemption up to 2025 to the IT traders.  He said the government should also fix the import trade prices (ITP) of IT products in consultations with the representatives of the trade bodies in the country. He said elimination of smuggling will lead to healthy business competition in the country.

He expressed his grave concern and called upon the government to take serious note of the situation and strictly curb the rising menace of smuggling in the country which is directly hurting the system of documented economy and loss of huge revenue to the national exchequer. He regretted that in the presence of several anti-smuggling forces in the country, border smuggling is prospering and on the rise and smuggling mafia has become so powerful that they are flooding the markets with smuggled goods skipping all duties and taxes on them.

He alleged that border custom authorities were collaborating with the smugglers in bringing the smuggled goods in the country which has created price disparity and the IT importers and traders who pay regular taxes and duties on goods and items are the major sufferers in the market.

The association endorsed the recent action of Director General (Intelligence and Investigation), Inland Revenue against carriers/smugglers who attempted to illegally bring home a large quantity of appliances, IT equipment’s and entertainment/lifestyle products. These goods have reportedly been purchased from the recently concluded “GITEX Shopper” Dubai World Trade Centre.

Under the FBR’s anti-smuggling strategy, the FBR had proposed setting up of a dedicated Customs Border Force (CBF) and a well-trained CBF would ensure effective law enforcement in the border areas of Baluchistan as well as Khyber Pakhtunkhwa coupled with coastal belt of Sindh. Once CBF is in place, Customs Border Patrolling Posts (CBPP) could be established easily. Till creation of CBF, the FBR has proposed to set up joint check posts of customs department and law enforcement agencies for a coordinated approach to launch anti-smuggling measures at borders.

He called upon the authorities to take stringent measures and nab the smuggler mafia and put their names on ECL to rectify the situation. He said the federal government had earlier announced to set up a border security force in the light of proposals put forward by the Tax Reform Commission, to prevent cross border smuggling but so far no progress has been made and that even the FBR that collects revenues and taxes is silent on the matter.

He said it appears that the existing anti-smuggling force is ineffective and needs to be equipped with more personnel to strengthen its rank and file to deal with the challenge.

He said the current state of affairs is having an adverse impact not only the revenue target but also on the national economy.  He said the IT importers and traders are the worst affected as smuggled IT products are disturbing the price mechanism and making it difficult to do business comfortably.  He said government’s negligence in checking the smuggling is indirectly helping in the loss of revenue to the treasury.

He urged the government to realize the gravity of the situation and call a meeting of the traders particularly of IT business community who are the main victims of smuggling, to discuss and devise a strategy to prevent smuggling of various items directly hitting the regular imports in the country.

Recently, Tax Reform Commission (TRC) proposed the FBR that despite the fact that law is very clear on conferment of part to Customs Officers, officials of DIT, Post Clearance Audit, Valuation Department and other allied Departments. Yet there is always a tug of war between the above stated departments not for collection of revenue but to enrich themselves unlawfully by overstepping their assigned jurisdiction and causing harassment to the importers.

The consignments are assessed, reassessed, out of charge and yet stopped by DIT, whose only function is to check smuggling. Strict adherence to law and field of their respective jurisdiction is necessarily required to curb the major source of corruption through this mechanism, resorted to very higher hierarchy to the lower.

The powers between the various departments of the Customs are not overlapping but are exercised in a manner which is neither legal nor in accordance with law, strict adherence to the sphere allotted to them is required. Clear demarcation of jurisdiction would save a importer/exporter from un due harassment.