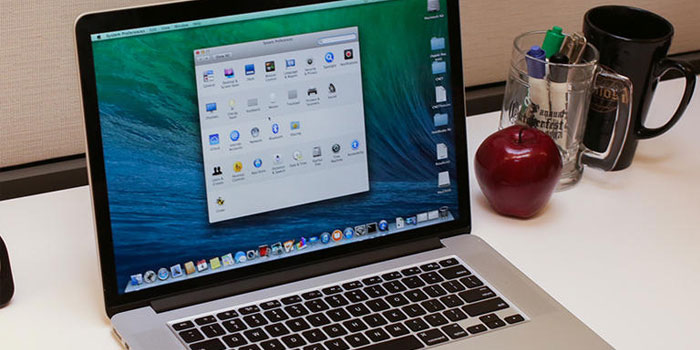 Apple has announced two brand new additions to its Mac lineup. The company has updated both the 15-inch MacBook Pro With Retina Display and the 27-inch iMac with new specs.

The updated version of the 15-inch MacBook Pro now comes with a Force Touch trackpad, two-times-faster flash storage, and an additional hour of battery life that brings the total up to 9 hours. Visually, there’s not much to differentiate between the new 15-inch MacBook Pro and their 2012/2013 siblings outside of the Force Touch trackpad, which was originally introduced by Apple for its new 12 and 13-inch MacBooks earlier this year.

The technology provides opportunities for unique input via a secondary, deeper click, as well as Apple’s trademark “taptic” feedback, which makes it feel like the trackpad is physically clicking even though it isn’t actually doing so. It could prove to be a game-changer for Apple, especially once developers start creating apps that natively support the functionality. 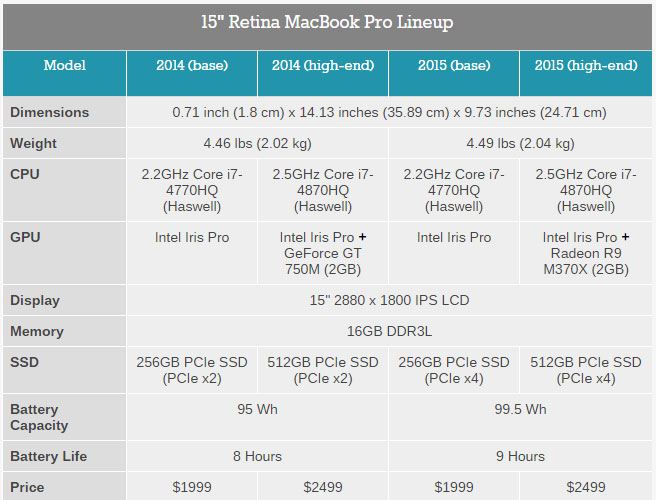 At the heart of the new MacBook Pro beats a Haswell-based quad-core Intel Core i7 processor. The discrete graphics option on the high-end $2,499 version has also been upgraded from an Nvidia GeForce GT 750M to an AMD Radeon R9 M370X with 2GB of DDR5 RAM. On the other hand, the entry-level $1,999 version still lacks a discrete graphics option and comes with Intel’s Iris integrated graphics.

Meanwhile, the 27-inch iMac desktop comes with a Retina 5K screen that is capable of displaying 14.7 million pixels. This entry-level version of the 5K iMac will cost $1,999, and it comes with a 3.3 GHz quad-core Intel Core i5 processor, 8GB of memory, alongside 1TB of storage that replaces Apple’s Fusion drive on the previous model. It also includes support for four USB 3.0 ports and two Thunderbolt 2 ports. Meanwhile, Apple’s top-end 27-inch desktop has also dropped in price from $2,499 to $2,299.

Apple’s online store has already been updated to reflect its latest offerings, with the new devices being available to ship in 1-3 business days.