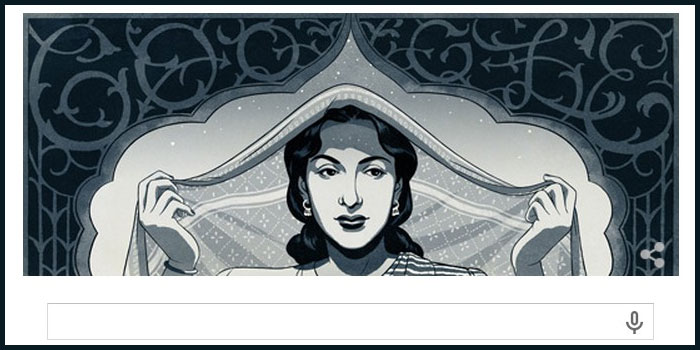 Google Doodles are a familiar sight for most internet users. On special occasions, the Google logo is altered to celebrate events, holidays, achievements and people. Usually, they’re pretty fun but Pakistani users will be scratching their heads at the latest one.

The Google Doodle for Pakistan for today (June 1st, 2015) seems to be celebrating Nargis Dutt (shown above), the mother of Sanjay Dutt and an actress who appeared in some influential films from the mid 1930s to the late 1960s. Interestingly, Google is displaying same doodle for its Indian audience, which means that people in Pakistan and India are shown this same doodle today.

While we’re happy Google is localizing doodles for South Asia, there are already a number of people in Pakistan wondering why they are being shown the Nargis doodle. We realize it might not be a big deal to most people but our country has a rich history filled with people who’ve changed the course of history with their achievements. We’d just like to see them be featured on their own merits instead of being lumped in with celebrities from India.

If Google is going to undertake the effort to localize Doodles, it would be much better for them to display them in relevant territories. After all, many organizations like Facebook have unwittingly come across issues and have been subsequently reminded of the sensitive geopolitical situation of the region.

What do you think? Should Google be showing the same Doodle for both India and Pakistan? Is it a good start that should be welcomed? Let us know in the comments below!