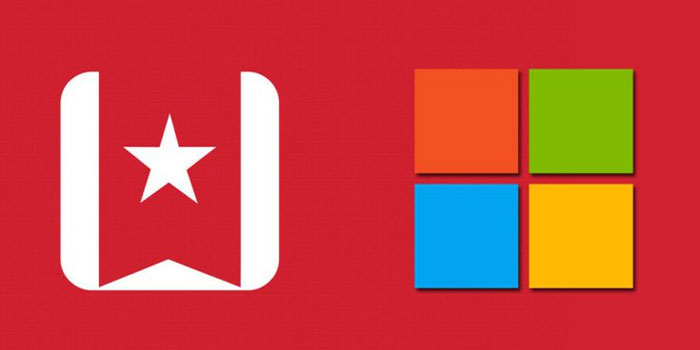 Microsoft has been strengthening its mobile app strength and presence. Buying off start-ups is an easy method to accomplish the latter task. Microsoft recently started offering free Microsoft Office for mobiles. Soon after, it acquired a couple of mobile apps; San Francisco based Acompli Inc. and New York based Sunrise Atelier Inc.

Acompli was an email client app which was then renamed to Outlook for Mobile. Sunrise is a calendar app and is still available under its old name but Microsoft is sure to have plans for that too. In a similar fashion, Microsoft will rename Wunderlist under its own brand and make the app available for Android and iOS.

6Wunderkinder had announced a deal with Sunrise on the 20th of May which allowed users to view to-do lists on the Sunrise app and create to-do lists based on the Sunrise Calendar. The tie-up was an early declaration of the possible buyout.

6Wunderkinder was funded by U.S venture-capital firm Sequoia Capital, Earlybird Venture Capital GmbH and European VCs Atomico. The app works on all platforms including Android and iOS. Considering that all of the above mentioned apps are productivity apps and can be used by professionals, it is clear that Sunrise and Wunderlist will be incorporated in Microsoft’s current set of productivity services like the Office or OneNote platform.

According people familiar with the deal, the 6Wundekinder team will remain in their Berlin office and report to the Microsoft headquarters in Redmond. Microsoft and the Wunderlist team have refused to comment on the matter.

Microsoft is buying some excellent start-ups and integrating them with their services to make their services simpler. But monopolising of any market is never a good thing and if Microsoft continues to buy start-ups (with their endless sums of money), all we would be left with is Apple, Google and Microsoft for any good app or service.

Let us know your opinion on the matter in the comments section.