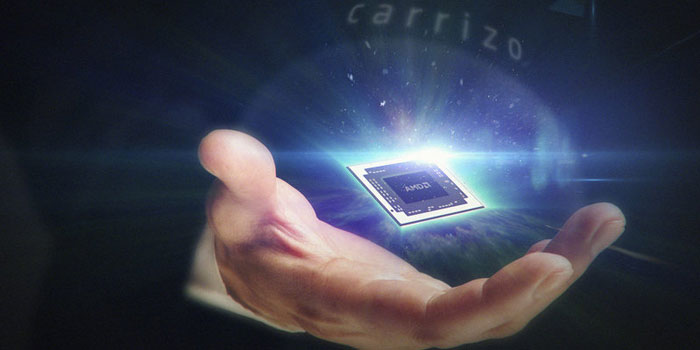 The latest chips are built on the 28nm fabrication process using AMD’s Excavator architecture. The new series models have been named A8, A10 and FX. According to AMD, after 6 generations of progress, the complete potential of APUs has been released by delivering a true single-chip solution.

The new series of laptops utilize 12 APU cores which consist of 4 Excavator CPU cores and 8 GCN *graphics Core Next) cores. According to AMD, these new graphics cores are capable of performing roughly as good as the discreet R7 graphics cards.

The new CPU cores offer 40 percent less power consumption with improved CPU performance and a 23-percent reduction in die size. AMD promises twice the battery life with their new APUs. The company accomplished this by integrating the GPU and CPU and the right mix of transistors and other optimizations.

The new chips will support HEVC H.265 hardware decoding, a first for a PC processor. HEVC allows advanced compression so that higher quality videos can be viewed with less power and bandwidth consumption. The new chips are Windows 10 certified and support the latest DirectX 12.AMD showed off the latest APUs’ performance comparing them with equivalent Intel Core processors. AMD APUs clearly offered the better graphics performance in all tests. The new chips support resolutions up to UHD (4K) at half the battery consumption than its predecessor.

The new chips will support HEVC H.265 hardware decoding, a first for a PC processor

The new chips are designed not only for slim Ultrabooks but mainstream laptops, All-in-Ones and desktops. AMD has partnered with Lenovo, Acer, Asus and Toshiba to build their latest notebooks utilizing the new AMD APUs. Devices using the latest chips will become available within the next two months. AMD will also release the first GPUs with HBM (High-Bandwidth Memory) in the coming weeks at E3 2015.