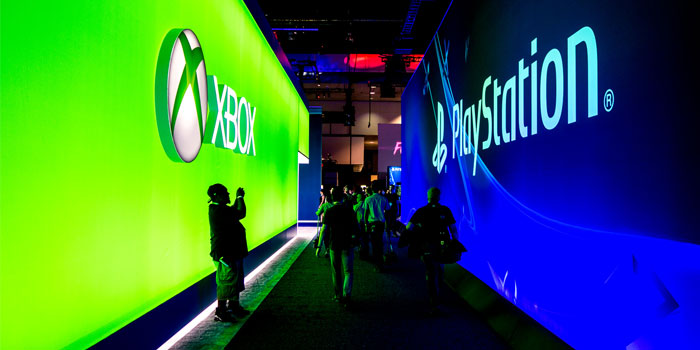 The much-awaited Fallout 4 game was finally announced in the follow up to E3 and so far it is looking good. Set in post-apocalyptic Boston, it will be released in November 2015. So far, the receiving platforms include the PC, Xbox One and PlayStation 4. The game actually begins before the nuclear bombs fall on the ruined Wasteland, so for once you’ll actually get to see how the world seemed like before getting engulfed in nuclear warfare.

That’s where you’ll create your character (either a male of female). You’ll also get a companion dog early on to help you along your quest. Your character also gets a voice of its own after a five-year wait. Most of the game takes place 200 years after the calamity nearly wiped out the entire population. You’ll complete missions, side-quests, explore, visit villages and get a taste of known landmarks in the post-apocalyptic world. The game uses an updated Creation Engine which results in more-detailed environment.

The game puts emphasis on building, not just villages and structures but also weapons after finding the materials required for making them themselves. The game reportedly gives you a choice of around 700 modifications on a total of 50 base weapons. Thankfully, that aspect of the game is left up to choice and is a pre-requisite for the main storyline at all.

The Pip-Boy gets new functionality too, featuring most-importantly “game tapes” which are essentially classic games (like Donkey Kong) with a Fallout touch. More important still is the new Pip-Boy wearable sleeve accessory which, after you’ve inserted your phone into it, acts as a secondary display for showing in-game information. The (very-limited) special edition will cost you $119.99.

There will be available new Fallout title for you, for iOS (and reportedly, Android) phones which doesn’t include any waiting time. Called Fallout Shelter, this one places you in the shoes of an overseer of nuclear shelter and vaults. Your task here is to keep your inhibitants happy and successful.

The residents perform a variety of actions to thrive and reproduce in post-apocalyptic times. This title is thankfully free, since it is basically an appetizer to the main game mentioned above.

Prepare for more demon-killing and demonic nightmares for a new gameplay trailer of the new Doom title has finally been released. The game will hit the PC, PS4 and Xbox One in the spring of next year.

The new game will run on the new id Tech 6 engine rather than the Tech 5 of games like Wolfenstein. The result should be better, richer in-game atmosphere. It remains just as gory, perhaps more so than ever with quality graphics. The game features all kind of beasts from hell, and capable machinery to slay them, including the ever-trustworthy chainsaw. It’s exactly what we’ve come to expect from this series and possibly more.

There will be better multiplayer this time around. A new tool called Doom Snapmap makes a presence which allows you to make your own custom maps and modes. It’s good to get at least a broad timeframe for this historical game series, after remaining in development hell for such a long time.

A sequel to 2012’s much-acclaimed stealth action-adventure was announced for release next year, with the revamped “Definitive Edition” set to be released later this year. By far the biggest news here (since we already know it exists) is the ability to play as either of the two main characters, Corvo Attano, introduced in the first game and Emily Kaldwin, a new female character.

The game is expected to hit in the first half of next year, on the next-gen consoles and PC. More-importantly, the Definitive Edition will come to the same platforms (minus the PC) in August.

Finally, this is not exactly what we had expected but got anyway. The Elder Scrolls: Legends is a card game headed to the PC and iPad by the end of this year.

The game features characters from the popular series of games, and is affected by your choice of these. You begin with free starter cards but will have to shell out some money if you have to unlock more competitive gameplay. More details will be out on the gameplay later.