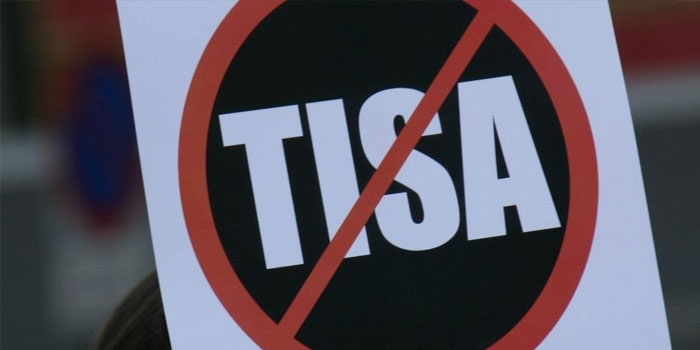 According to WikiLeaks, Pakistan is part of the Trade in Services Agreement (TiSA). Currently being negotiated away from public eyes between the US, EU and 23 countries that make up two thirds of the world’s GDP, it has the potential to alter the service economy across the world.

According to an analysis of the core text (which you can see for yourself here), the idea behind the trade agreement is to limit the ability of member governments to regulate national services. Foreign corporations would have an alarming amount of freedom to conduct business and we could see privatization of services across the globe on an unprecedented level.

The trade agreement aims to limit the ability of governments to regulate national services, giving corporations more control than ever

They have the potential to “form not only a new legal order shaped for transnational corporations, but a new economic ‘grand enclosure’, which excludes China and all other BRICS countries”, according to Wikileaks. As such, they’ve been subject to intense scrutiny and criticism for the secrecy and lack of public consultation during the negotiation phase.

In his expert analysis, University of Auckland law professor Jane Kelsey, says this about TiSA:

“A self-selected group of mainly rich countries” plans to “bypass other governments in the World Trade Organization (WTO) and rewrite its services agreement in the interests of their corporations.

Major Points in the TiSA:

Here are the major points from the TiSA. The list is by no means comprehensive but I’ve made an attempt to cover the most prominent points. The overarching goal seems to be privatization and deregulation of core services.

In light of the revelations, we would like the government of Pakistan to enlighten us as to what exactly we are getting out of participating in the TiSA. Services comprise 53% of our economy and the TiSA will have a major impact how they are conducted. Why are we negotiating a secret deal that could move us away from being self sufficient?

Future governments could find it is impossible to restore public services to public control, even in cases where private service delivery has failed. It would also restrict a government’s ability to regulate key sectors including financial, energy, telecommunications and cross-border data flows.- PSI Special Report

Negotiations have been ongoing since early 2013 and they are set to resume on July 6. The time is ripe for us to raise our collective voices and get some answers.

If you are more interested in TiSA and its impact, TISA vs Public Services by PSI (Special Report) and  Why “Trade in Services Agreement” (TISA) is dangerous to democracy, development, and the public interest? by Our World is Not for Sale are well worth reading.