Syed Sumail Hassan, a 16 year old from Karachi, who made a name for himself by earning 1.2 million dollars by winning Dota 2 Asian Championship, has now won the DOTA 2 International Championship with his team Evil Geniuses to secure a winning prize of US 6.6 million or 66 crore rupees in total.

Evil Geniuses, a team of five including Sumail, won the title yesterday at Key Arena in Seattle, Washington. Three other players from his team are from US while one player is from Canada. 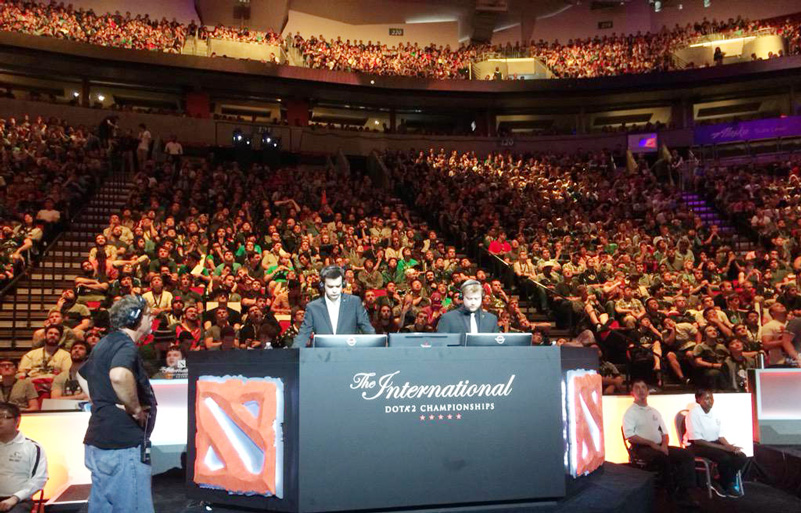 Finale of All Star Match at Key Arena in Seattle, Washington, USA

In Dota 2, two teams of five ‘Heroes’ challenge each other in a battle to take over the other team’s base. The ultimate goal is to acquire the opposing team’s Ancient while preventing it from getting yours.

While its goal may be simple, the game’s complexity comes from its range of unique characters, weapons, and spells. The game has 110 heroes with most having 4 or more abilities. In addition, the itemization in the game means it can take hundreds of hours to even know what each hero or item does.

As an e-sport, Dota 2 offers the opportunity to earn more real-world money than any other game of its kind. Top performers are given the chance to take part in professional tournaments, where teams battle it out for millions of dollars in prize money.

Sumail, who has won himself various titles before, including Asian Championship back in February this year, reached the ultimate peak of becoming international champion of Dota 2.

The 16-year-old moved to Chicago, USA, along with his family back in 2014, which served as a great opportunity for him, as it allowed him to play Dota 2 on a faster internet connection with less latency and lower pings than he had previously experienced.