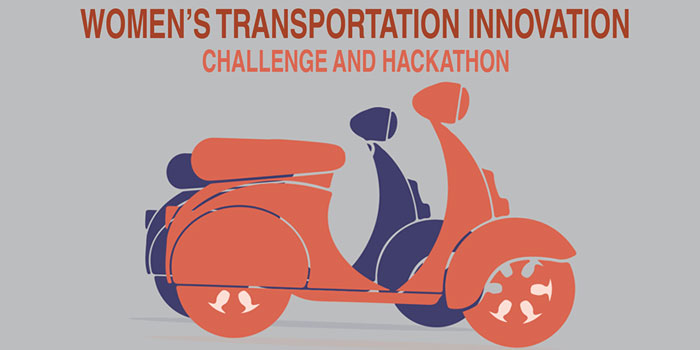 Pakistan Innovation Foundation – an apolitical non-profit dedicated to using innovation to bring about a transformation in the Pakistani society – launched the Women’s Transportation Innovation Challenge and Hacatkhon this week.

There are millions of women who use public transportation to get to work or educational institutions in Pakistan and because many face discrimination, both economic and social, a Woman Transportation Hackathon was launched here by Pakistan Innovation Foundation and its partner organizations. With support from the private sector such as Toyota Pakistan and development sector players such as UN Women the hackathon features judges and mentors from leading organizations.

What’s the Hackathon Aiming to Achieve and Who’s Invited?

Primarily aimed at solving the challenge of creating convenient, affordable, and respectable transport for thousands of women commuters between the twin cities of Islamabad and Rawalpindi. The hackathon invites innovative solutions from Pakistanis around four major themes, namely, communications and behavioural change to make women’s use of transport more acceptable within society and address cultural taboos such as one around a woman riding a scooter;  use of innovative technologies, mobile apps, and internet of things to enhance the effectiveness and safety of current transport options; create new business models for sustainable transport for women; and design and create new forms of transport attuned to the needs of women.

According to the Global Gender Gap Report, Pakistan comes second to last in terms of gender equality worldwide. The International Labour Organization (ILO) says barely 1/5 of Pakistan’s women work in paid jobs primarily because of the lack of safe and secure public transportation. These indicators signal a dire need to facilitate women’s access to resources.

Entries will be accepted till August 31st, 2015

The Women’s Transport Innovation Challenge and Hackathon is one of several challenges announced this year under the National Innovation Grand Challenge 2015 and will take entries until August 31st, 2015. A Hackathon is scheduled for Sept 11-13, 2015 whereby short-listed teams of innovators and entrepreneurs shall be invited to work through the weekend to create solutions to Women’s transport problems.

The hackathon was launched on the day of Pakistan’s independence symbolically because its designers believe that any real progress of the country depends largely on the empowerment of half of its population – the women, in their attempts to get an education or seek employment.

Dr. Athar Osama, the Founder and CEO of the Foundation said:

Pakistan Innovation Foundation is deeply committed to helping Pakistanis create innovative solutions to Pakistan’s many social and economic challenges. We strongly believe women’s transportation is one such problem that is crying for an innovative solution.

Only by creating innovative solutions for women’s mobility challenges can “empowered women and girls become the best ‘drivers’ of growth at home, within their community and for the economy as a whole”, said Jamshed Kazi, UN Women Country Representative, Pakistan, a partner of the Innovation Challenge.

Rs.175,000 is up for grabs in prize money for teams participating in the September 11-13 Hackathon

The Launch of this Women’s Hackathon is a clear indication that it time for Women to #TakeBackTheWheel and come forward and play their part in the socio-economic development of the country.

PIF and its partners are offering Rs. 175,000 in prize money for teams participating in the Sept 11-13 Hackathon including the first prize of PKR 100,000. More importantly, though, they are offering mentoring and advice through PIF’s Innovation Accelerator to teams seeking to take their ideas forward to fruition.