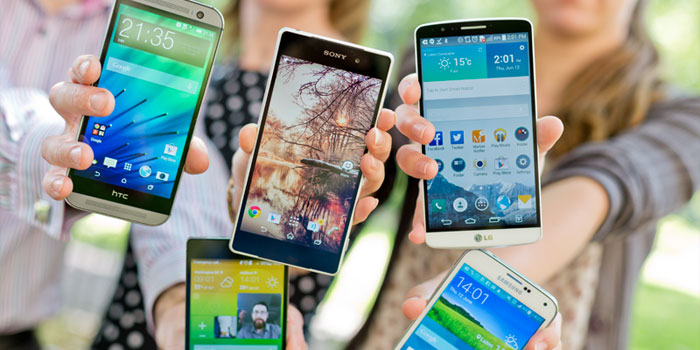 While Microsoft is setting the stage for the big Windows 10 on Mobile launch, it is sure that the new end-product will face much stiffer competition than the operating system it replaces. That’s because as Gartner’s new report indicates, the entire smartphone market’s plot revolves around the two major characters: iOS and Android.

To be clear, 96.8 percent of the entire market’s share is captured by Android and iOS, with the former having 82.2 percent, and the latter 14.6 percent of sales. Windows Phone is the lone third with a 2.5 percent share, while the former second-largest smartphone maker, BlackBerry, is fourth with a 0.3 percent market share.

Its share is even smaller than the combined share of Symbian, Tizen, Windows Mobile, etc. in the “Others” column which holds 0.4 percent of the markets.

In hard numbers, out of 329 million handsets sold in the fourth quarter of 2015, 319 million ran either iOS or Android. That ratio is the highest ever shared by two entities combined on record. It is also up from 290.3 million the same quarter a year ago.

But, while that figure is impressive, it also marks the slowest growth in the smartphone market since 2013. That can be attributed to the fact that growth has slowed in China, and this quarter for the first time, a decline was recorded. With the prevalence of cheap phones in the country, a long overdue saturation has occurred.

Among smartphone makers, it was Samsung which took the biggest hit by selling four million less phones than before. Apple and Huawei captured huge market share, with sales increasing by 13 and 8 million for the duo, respectively.

Lenovo/Motorola and Xiaomi were next but the old heroes of Android, LG and HTC were nowhere to be seen.