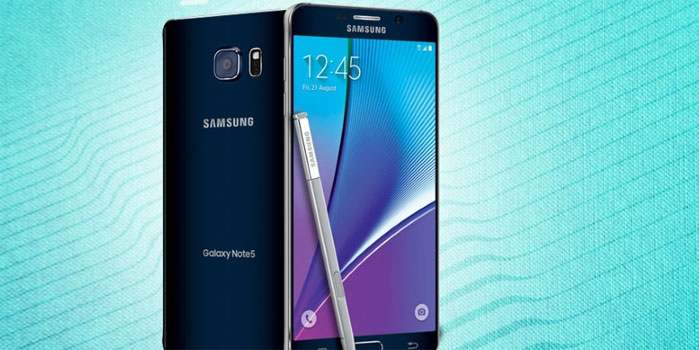 In some great news for Samsung fans, the Galaxy Note 5 has landed in Pakistan and is now available at retail outlets across the country. Interestingly, the device has been released here well before popular markets like Europe.

The Galaxy Note 5 is the Samsung’s best device to date and beats anything they have ever produced even the Galaxy S6. The phablet has a 5.7-inch 1440p (2K) Super AMOLED screen covered in a glass and metal body just like the S6 flagships. Note 5 also improves on its basic features like the S pen which has improved functionality and is more precise than ever.

To roundup the internals of the new Samsung flagship quickly, it packs an octa-core Exynos 7420 processor clocked up to 2.1 GHz coupled with 4GB of RAM. The camera is a 16MP shooter just like the S6 and can shoot 4k videos. The phone is powered by a 3,000mAh battery that is non-replaceable this time.

The stylus and its functionality has also been upgraded and is capable of improving on the already great note taking features. Users can even take notes when the screen is still off using the new and improved S Pen. The software features have also been improved and Note5 comes with Android 5.1.1 with TouchWiz UI on top. We have already covered the Note5 in detail and you can click here for more info.

Though the phone has reached Pakistan first, it’s priced higher than in other markets. The Galaxy Note 5 is priced at 82,000 Rupees, a bit heavy on the pocket but buyers can rest assured they are getting the best from Samsung.