While the new iPhones have always taken away the steam of other products announced at the same event, the good stuff certainly did not stop there. While there was the often-neglected iPad Mini 4 that was announced, the big deal here is the gargantuan 12.9” iPad Pro. 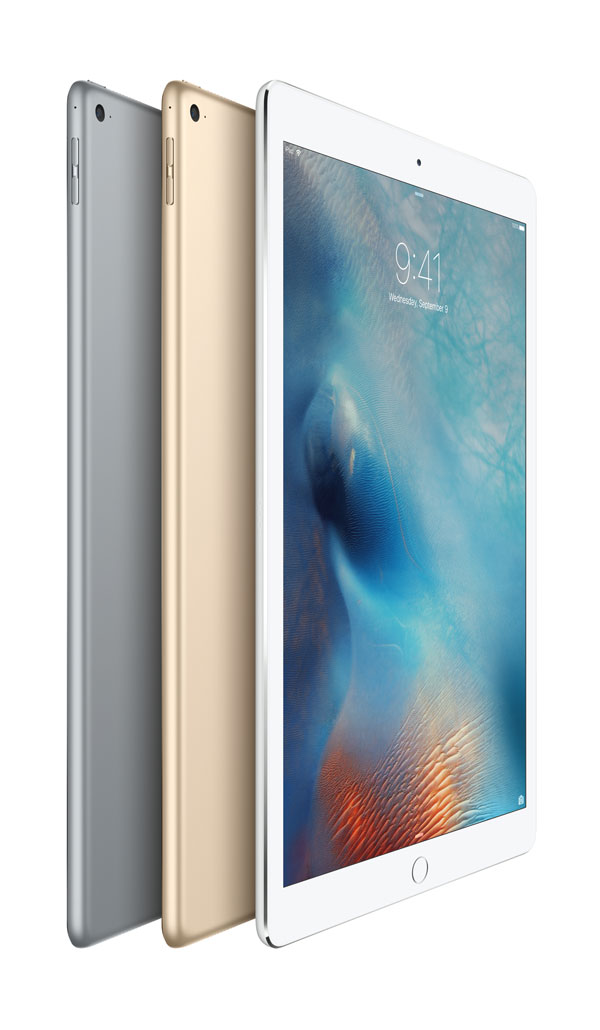 The newest addition to the iPad family is the iPad Pro, Apple’s answer to… well a large range of devices. The 12.9” display comes with 2,732 x 2,048 resolution (264 ppi). The display, as a first probably for a portable device, supports variable refresh rates which prolong your battery.

It also supports the split screen configuration thanks to iOS 9. Being just 6.99mm thin and weighing 1.57 pounds, under the hood breathes the new A9X processor which is said to be 1.8X faster than before, with twice as fast graphics. The new M9 co-processor is also here.

Apple also claims the iPad Pro is faster than 80 percent of all portable PCs that have shipped in the last 12 months. It is also faster than 90 percent of them when it comes to graphics tasks. That is certainly a market the company will be taking very seriously from now on.

It will be able to edit three 4K streams simultaneously. The back boasts an 8 megapixel iSight camera with a FaceTime HD camera out front. Battery life is quoted at 10 hours. The TouchID is there again. Yet, perhaps the highlight of the entire deal is its accessories. 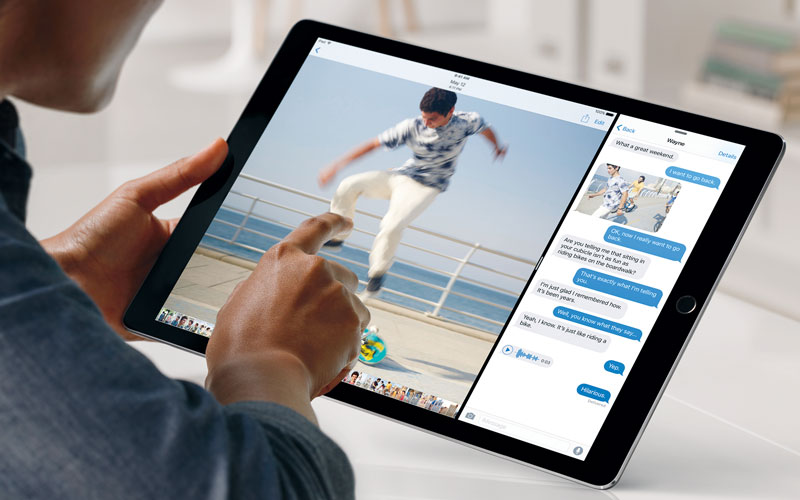 The late Apple founder may have been outspoken in his stance against styluses, but that doesn’t seem very popular among the company. Either that, or it is only here that a need for the technology is felt.

The Pencil can be used simultaneously with your finger. Upon detecting it, the display gets more sensitive for better accuracy. Charging is done via the Lightning Port, with a 30-minute charge provided by a 15-second connection. The built-in Mail and Notes apps all support it, as does Office. 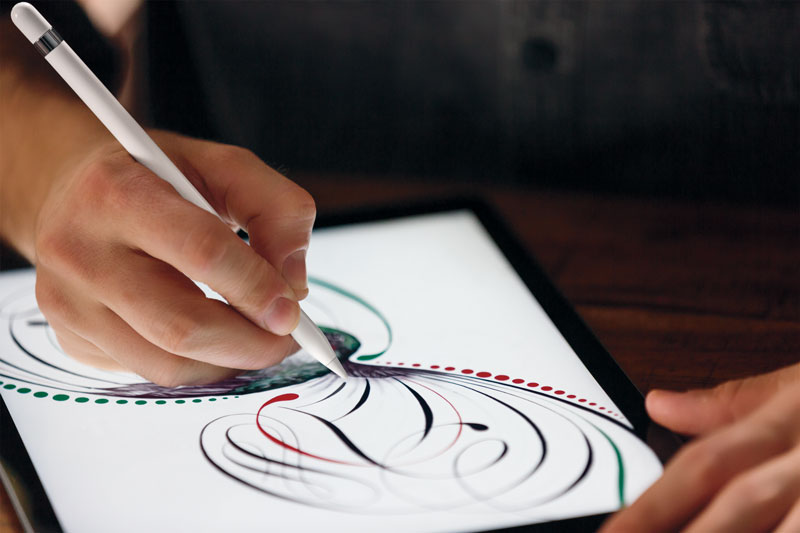 The Smart Keyboard is another new accessory. Going after the Surface tablets with the same fiber design, which Apple says is unlike anything you’ve ever used. It attaches via the three small connectors on the side and goes around the back to form a stand.

Meanwhile the iPad Mini 4 remains forever alone. Not much detail is given, except it replaces the Mini 2 and supposedly comes with an Apple A8X chip. The Air isn’t updated at all. It will cost $399.