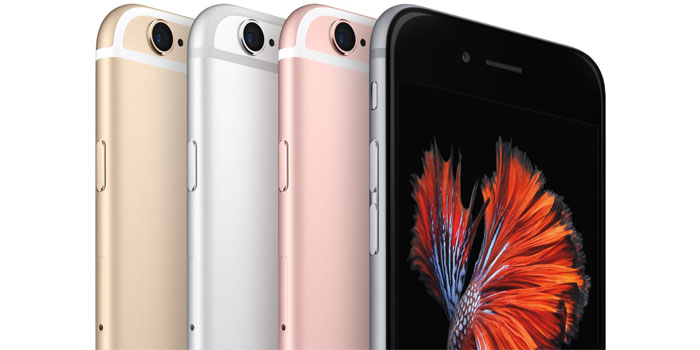 While it is an accepted convention that your favorite Smartphones are not as expensive to make as their makers seem to indicate all the time, the profit they make from them is always an astonishing thing to hear.

The latest such news comes from Business Insider which has assessed the components that make up the new iPhone 6S. According to their calculation, the best-selling smartphone over the next year will cost Apple a measly $234 to make.

The version, if you are wondering was the 64 GB one. Meanwhile, the base model starts at a staggering $749 with just 1/4th the storage, meaning Apple takes home more than $515 at least is gross profits from every single of these phones it sells.

Its new landmark feature, 3D Touch, as it turns out, doesn’t cost quite as much to make; the display, camera and battery combined cost just $73.

The semiconductors bit takes the major chunk at $127. $25 out of those is for that blazing A9 chip, $20 for the 64 GB storage chip, $22 for the fingerprint, NFC and other sensors, while $36 is reserved for the cellular radios.

The phone also takes a new aluminum case after the issues with the last models, but that too costs $33. Other costs including R&D and distribution overheads aren’t included, obviously.

Now of course, this isn’t a surprise that the phone costs more than the model which it replaces by $28.2, the sales records which are created each year means that Apple won’t really mind. (This year too the estimate is set at 10 million in pre-orders alone).

Of course, for the price you get a phone with the best optimization, one of the best performance in a handheld and the best 3rd party support perhaps for any device ever, it is a lot to ask for a phone which will be replaced in less than a year after its release. At least it won’t be a slouch, as things indicate, after that time period.