During a press conference in Lahore earlier this year, to protest against internet taxes, I tried to convince our fellow media men that Pakistan’s economy could potentially lose at least Rs. 200 billion in next five years if internet taxes are’t reversed. Almost all journalists thought that I was just deceiving them and throwing a shabby and exaggerated figure to win an argument in favor of removal of internet taxes.

Its a fact that I didn’t have any authenticated research or verifiable statistics then to back my claim, but despite explaining them that this figure was obtained after reverse engineering of an earlier research report from a UK based firm that had estimated that internet uptake in Pakistan could get the economy a potential benefit of up to Rs. 1,000 billion, journalists didn’t believe the number and considered me a wronger.

Today, all those journalists and others who then thought that I was wrong, can go and watch Indian Prime Minister’s Townhall Q/A session with Mark Zuckerberg at Facebook Headquarters and see how India is selling itself with the brand name of “Digital India”.

While others are investing heavily on digital infrastructure, Pakistani policy makers are impacting it negatively by taxing the internet

For those who don’t know, “Digital India” is a government initiative that aims at connecting all 250,000 panchayats (local bodies, like our Union Councils) with National Fiber Optic Network to bring more than 800 million unconnected population to internet.

Not to be mentioned, Indian’s National Fiber Optic Network project was started back in 2011 and is funded with $3 billion from their USF (Universal Service Fund). Moreover, this project was started in India after getting inspiration from USF Pakistan’s Fiber Optic Program that aimed at connecting all Tehsil HQs of the country and ultimately the Union Councils.

Regardless of the fact that Indian’s NFON isn’t the best optimized of the projects and is suffering huge delays, considering the magnitude of the country, once finished, it is going to be a massive network for their 1.25 billion population who would be capable of leading the next generation of internet economy.

This shows that internet connectivity is so crucial in this age that economies around the world are investing heavily on digital infrastructure, but unfortunately Pakistani policy makers are not only ignoring the potential but in fact are impacting it negatively by taxing the internet.

We just recently discussed that how internet uptake can change the shape of Pakistan’s economy in matter of just few years, it is disheartening to note that Pakistan made almost no investments in last five years on digital infrastructure.

If our government thinks that 3G and 4G technologies are enough to fill the gap and auctioning spectrum and getting billions of dollars in return is all that their responsibility is then they are hugely wrong here.

While private operators have been doing an enormous job in rolling out next-gen networks, government has failed to offer them the required support they need to increase the internet uptake, especially in rural and far-flung areas of the country.

A long-term strategy, a clear policy on taxes, back haul fiber optic infrastructure and an ecosystem is what government has to build if it wants to take Pakistan’s economy to the next level

A long-term strategy, a clear policy on taxes, back haul fiber optic infrastructure till the Union Council level and an ecosystem — such as awareness campaigns, cyber laws, integrated payment gateways etc.  — is what government has to build if it really wants to take Pakistan’s economy to the next level.

A good place to start with can be to task USF to increase the pace of its Fiber Optic Program for connecting Tehsil HQs across the country, and then the union councils. Setting a timeline and meeting the deadlines will only help. 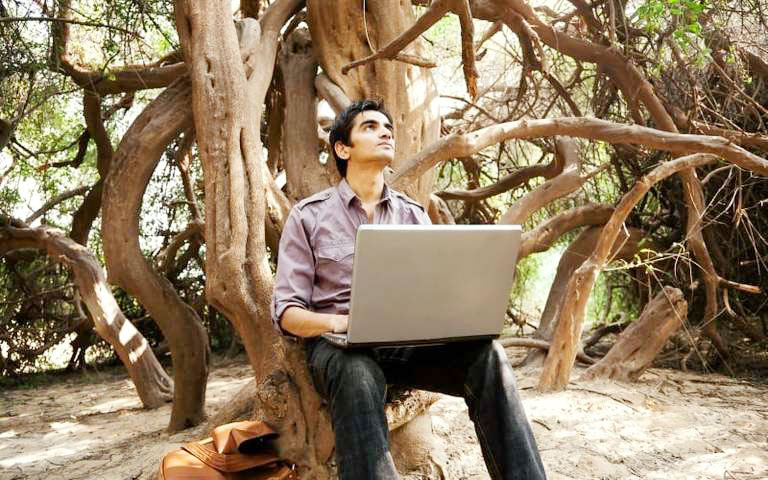 Pakistan already ranks at number five for number of freelancers in the world. This can be grown several times if reliable internet through fiber optic is stretched to rural and far flung areas

These Union Council level hubs or fiber optic nodes could then be used to setup and lease small scale ISPs to locals (through bidding maybe) that will not only bring recurring revenues for the government but will tremendously help grow the the internet penetration.

Once completed, you can expect hundreds of thousands of freelancers, technicians, home-based companies surfacing from across Pakistan and doing amazing stuff that is yet not possible.

Regulations for internet, renewal of expired policies and implementation of SOPs for QoS and various other vectors should be another priority for the government.

Investment on educating the masses with potential of internet will be crucial. This will not only help them use the internet effectively but will help them avoid many misadventures of internet; lottery scams, identify theft, internet bullying, privacy nightmares to name a few. 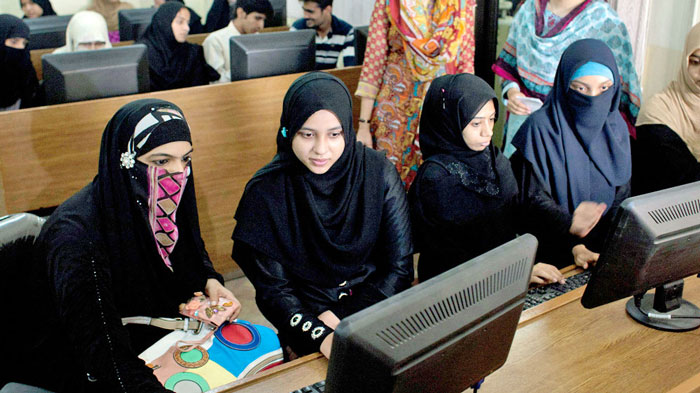 Just enabling the masses with internet, more than half of whom are illiterate, won’t help much. We will have to teach them how to use internet in a better and productive manner

A huge chunk of investment for internet education, in a well planned and systematic manner, is a must. Rewarding internet users — with free internet that they use for certain duration maybe — after they pass online exams will probably help. Proper road map can be developed through extended consultation from experts from this field and I am sure there are economical ways of  awaring the masses and making sure that they are officially trained for making their lives of the internet. This will not help them individually but will elevate our national economy to levels beyond our imaginations.

As we have said before, Internet can become the largest revenue generating sector for Pakistan’s economy. But there are some prerequisites and Pakistan government must act and act fast to capitalize what internet has to offer.