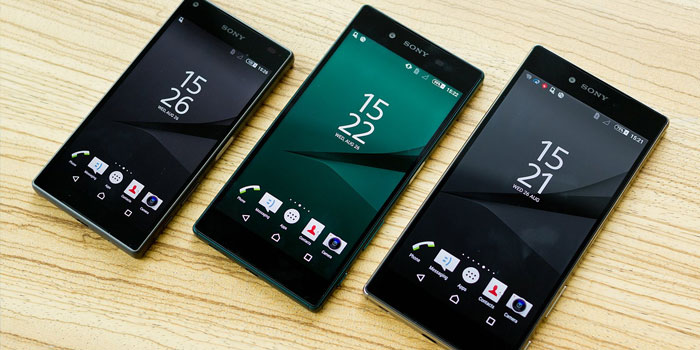 2015 already saw a lot of phones entering the top 10 best Smartphone cameras in DxOMark tests and beating last year’s models by a big margin. DxOMark is widely considered the most authoritative source when it comes to testing smartphone cameras.

While the Galaxy S6 held the crown for quite some time, it has now been overthrown by the new champion Sony Xperia Z5. Sony Xperia Z5 nudged ahead of the Galaxy S6 by one point and scored 87 out of 100. Sony’s claims of having the best camera in a leading smartphone were proven true after all. Since the same camera is used in all Z5 devices, a similar performance can be expected from the Xperia Z5 Compact and Premium.

Pictures on the the Sony Xperia Z5:

Xperia Z5 scored very highly thanks to its new 23MP sensor and due to its very fast autofocus technology. The Sony flagship earned 88/100 for its still image photography. DxOMark applauded the phone for its autofocus rating it as the fastest autofocus technology in all conditions and “the best tested to date”.

Excellent detail in images regardless of lighting conditions, pleasant details with the flash turned on, good white balance and co lour rendering. The still images were also reported to have a low amount of noise in low light conditions. On the other hand, artifacts were visible in blue sky saturation and occasional attenuation when using the flash.

Videos on the the Sony Xperia Z5:

The Xperia Z5 camera scored 86/100 in video category beating all other Smartphones in that category too. The camera was reported to have “impressive image stabilization that’s far ahead of the competition” thanks to Sony’s Digital Image Stabilization with Intelligent Active Mode.

Summing both categories gave an average score of 87/100. In comparison, The Galaxy S6 and edge scored 86/100 and was left to bite the dust in both still and video photography. The third spot is held by the Nexus 6P, fourth by the LG G4 and fifth spot is reserved by the Galaxy Note 4.

Sony already had some excellent cameras with its previous flagships but with the Xperia Z5, Sony improved the camera with a new sensor and made the already fast autofocus the fastest in the world. The Japanese giant claims the Xperia Z5 autofocus is faster than the blink of an eye which is about 0.04 seconds. Previously, Strategy Analytics had also rated the Xperia Z5 camera to be the best amongst all smartphones.