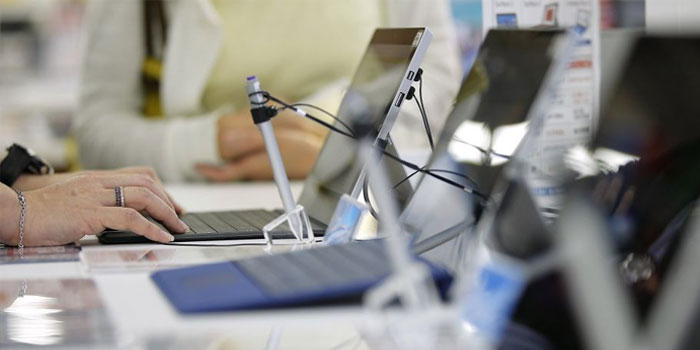 As the PC market gears to get its first machines with Windows 10, the decline which the OS will attempt to revert has become even worse. According to IDC, the worldwide PC market saw a decline of an incredible 10.8 percent over the same quarter of last year. Gartner puts it at a more swallowable 7.7 percent. This leads to sales of 71 million units in the third quarter of the running year.

But it isn’t only Windows systems which are struggling only; Apple’s Mac has seen its sales slow down too  by 3.4% down to 5.32 million units, according to IDC. It still fared better the rest of the market.

Unsurprisingly, Lenovo  is still the leader thanks to its diverse offerings and booming local market, with a 21% market share. Its sales of 14.9 million are down from 15.7 million of a year ago. HP and Dell come next with 19.6% and 14.3% in market share, respectively. Apple and Acer round up the top five with 7.5% and 7% share each.

It was noted that while Windows 10 had gained some healthy publicity since its launch, a large number of users opted to update existing systems rather than buying new PCs. With recent releases and some new announcements such as the Intel Skylake, a better outlook is expected.

Also worth noting is that the top-four of the PC market still were much better off than the rest. Their collective fall of 4.5% over the last year was still better than that of the rest of the market, which slid down by a mammoth 20%.

Most of the markets bar Asia-Pacific showed a clear decrease in shipment volumes this quarter but as far as turning things around goes, Windows 10 is as good as it gets for this industry.