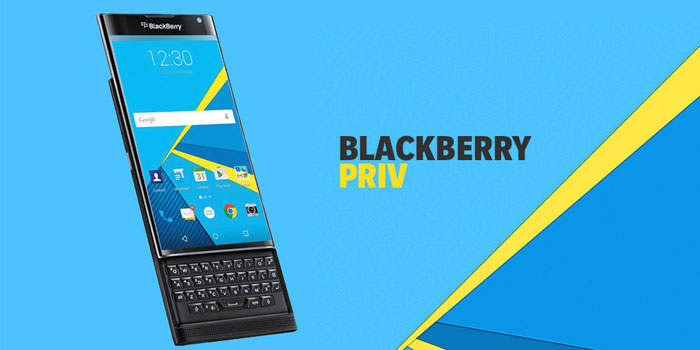 Seeing very little success with its BlackBerry OS powered handsets, the Canadian firm has launched an Android Lollipop 5.1.1 running device called BlackBerry Priv. The thrill of running native Android apps on a Blackberry smartphone aside, you’ll also be running BlackBerry’s legendary security protocol on a platform that is rife with security issues.

The Blackberry Priv is powered by a Snapdragon 808 chipset with 3GB of RAM. The headline is going to be the physical keyboard that comes out through a sliding mechanism and provides the user with a more ‘clicky’ feeling. Though on-screen keyboards activate the vibration motor every time a key has been pressed, it is still not the same as actually using a physical keyboard.

The phone has a screen size of 5.4 inches has a resolution of 1440p. Although anything above 1080p is a recipe for disaster when the smartphone’s battery life is taken into account, BlackBerry Priv features a hefty 3,410mAh battery, which we are confident will deliver substantial amount of battery life. The only complaint that we have from the upcoming smartphone is that it is running Android Lollipop and not Marshmallow.

There is 32GB of internal storage, which might be low for a high-end smartphone, but BlackBerry Priv also provides support for a 2TB microSD card. There is also an 18MP Sony IMX230 camera sensor that is capable of recording 4K videos at 30FPS comfortably, while a 5MP front camera has been provided to supplement the primary sensor.