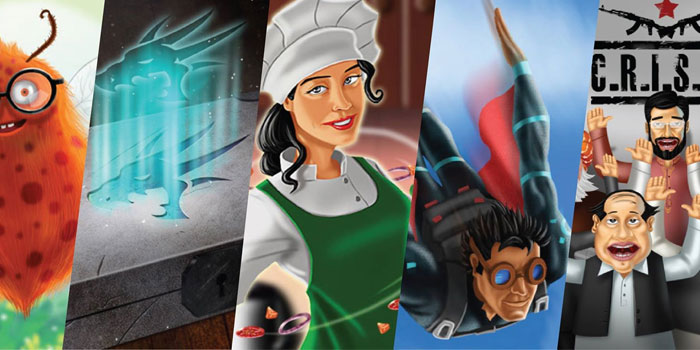 If you are a gamer in today’s world, you’re really spoiled for choice. Whether it’s ‘The Last of Us’ on the PS4, ‘Halo’ on the Xbox One, ‘Angry Birds’ on your smartphone or ‘DOTA 2’ on your PC, there is more choice than ever. However, there is one genre that doesn’t garner a lot of attention but still manages to thrive: browser based online games. If you are a 90s kid, you’ll have fond memories of playing Flash games for hours on end on Miniclip and other similar gaming portals.

And while you may have moved on, online gaming is still thriving. In the past one year, there have been more than 2.5 million monthly searches for online games. Increased internet penetration is only going to inflate this number. So it’s as good a time as any to dive deep into a local gaming startup and that’s exactly the idea behind Maverick Games.

What Is Maverick Games?

Maverick Games is an online gaming platform that offers rewards for performing well. When you sign up, you get 5 free coins which can be exchanged for playing a game one time.

Doing well gives you points which can then be redeemed for anything from a bag to a sports bike.

The Games: What You Can Play

There are 6 games on offer on Maverick as of today. Do The Dive, Furious Red, Master Cook, Wordster, Dragon Draft and Crisis. If you’ve ever played any online game, these won’t be unfamiliar in either gameplay or style. Each game costs 1 coin to play which in turn can be purchased for Rs. 5.

Once you earn enough coins, you have the option to go to the Rewards Store and redeem them for items. Starting at 1000 points, rewards go all the way to up to 750,000. In the starting tiers, the rewards are lackluster.

As you go up, they get better and better with Maverick offering a Yamaha DYL-YD 125 sports bike for 250,000 points. You can check out the complete list of rewards on Maverick Game here.

How You Can Pay:

When you sign up on the portal, you get 5 free coins. After that, you need to make a purchase in order to continue playing.

1 coin, which can be redeemed to play any game one time, costs Rs 5. You can purchase it via mobile balance (only Telenor available right now but Zong will be added soon) and scratch cards, which are available at selected outlets.

Support for credit and debit cards is going to be added soon.

While the idea behind the venture is solid, we can’t help but feel that the execution is lacking. For a gaming portal that allows you to play on it 5 times before requiring money to be spent, it feels a bit unpolished.

Furthermore, the monetization model is something that hasn’t really been tried in Pakistan up till now. Personally, I feel like it’s ambitious. You need to play a lot to get prizes that are worth more than the money you put in and that seems to be the plan: cater to the dedicated gamers.

However, considering how much some people spend on gaming, it could very well turn out to be a sustainable model. One thing is for sure, it’s going to be interesting to see how Maverick Games evolves in the coming months.