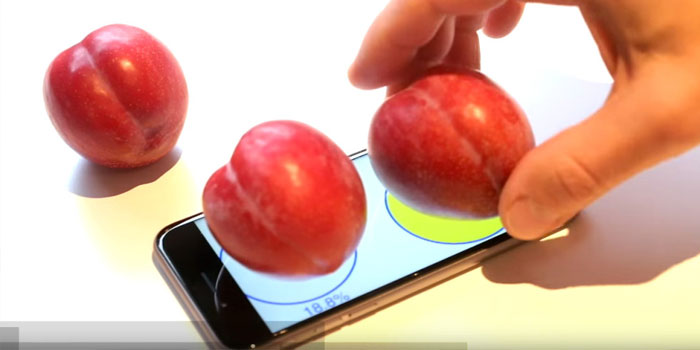 The 3D Touch is easily the most ground-breaking feature in the iPhone 6S’ forte, even if it hasn’t been implemented in as many things as we could’ve hoped yet, but still some cool things have been made possible. One of them is the Plum-O-Meter.

So where possibly can you find the most practical use for a pressure-sensitive display which can measure impressive depths? In a weighing tool, of course and that is exactly what the dev’s behind this application have done.

In a video uploaded by the developer FlexMonkey, the new iPhone is used to measure the weights of the screen with precision. Furthermore, it can also compare between two separate items, so you can choose between those two if you’re looking for the heavier fruit for yourself. 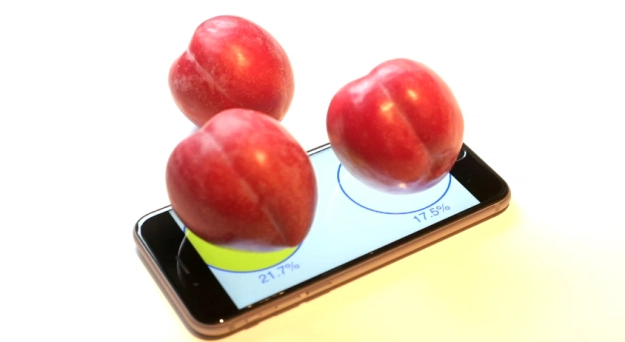 It is not expected to be totally reliable as the weight can vary with the placement of the object on the screen. Sad.

The app currently works on jail-broken iPhones with 3D Touch, as it uses some private APIs. Furthermore, you’ll have to assemble it yourself through the source code available from GitHub as it isn’t available in its entirety to public.

Now, being truthful, this idea isn’t all that new. In fact, when the first official phone with a pressure-sensitive display, the Huawei Mate S was unveiled, its maker used the same trick to weigh oranges. That is fine by us, totally, because it just goes on to show that even during this somewhat ambiguous and saturated market, there is certainly room for innovation for those who care.