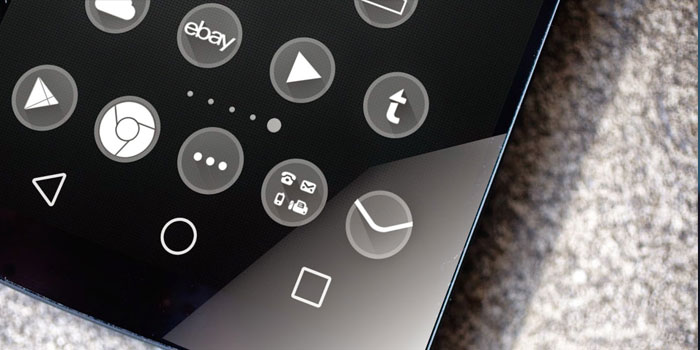 The option to customize your phone is easily the best thing Androids offer. Everyone has a different choice and taste. Android Launcher Apps are the best way to make your phone’s interface comply with your unique taste and ensure comfort, ease and fun. The app acts as the home screen and app drawer of your device. There are numerous options available and we have tried to make the selection an easier task for you by making a list of the top launchers. All you have to do is choose one you like the most!

This is a free, ad-free app which offers a bold look via a serious of customizable options. It allows you to:

If you own an android but are a windows fan, this one is for you. It works really well on devices which have Android Lollipop. Its similarity to the Windows phones is the option of a Quickbar, much like the Windows start menu, which is available on the left side of the screen. This allows easy launching of apps without having to adjust them somewhere on the main screen. It also offers:

This one is definitely the most popular of all the launcher apps, with over 5 million downloads. Its accessibility sets it apart. It allows the users to:

This is also one of the most popular custom launchers made for the people who simply love customization. It offers:

If you are a big fan of 3D effects and want an attention grabbing launcher, this will make your dreams come true. It is completely different from the rest of the launchers by offering:

Other Launcher apps which are worth a mention are the Go Launcher App which has a high rating and excellent animations but the cross promotion is not user-friendly. Then there is the Smart Launcher which is unique because it shows your most commonly used apps in the form of a ring, offering simplicity with uniqueness. In the end, it’s up to you. Install the launcher which makes you feel most comfortable with using your phone and allows you to take pleasure in looking at it!